Photo dump part two: Off to Beveredge and Niue

After almost a week in Rarotonga, it was time to go. 566 miles to the next island, and our average speed would take us about 130 miles a day. There was plenty of wind moving in the right direction so we had a fine sail with a brief two night stop at Beveredge Reef.

There is another reef before Australia called Chesterfield Reef, I hope it is as nice and remote as Beveredge. 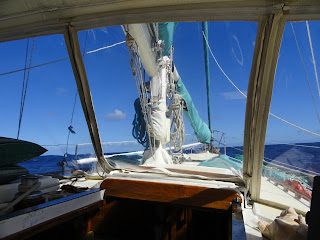 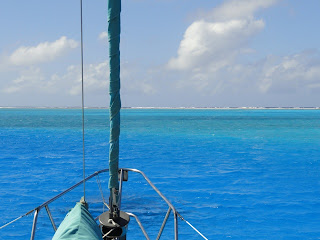 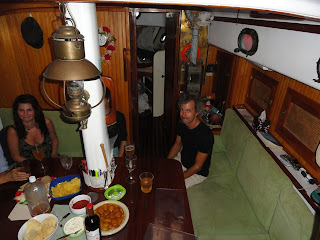 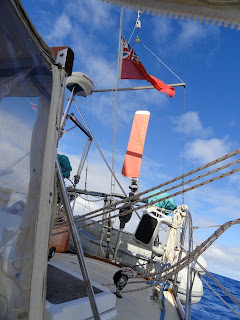 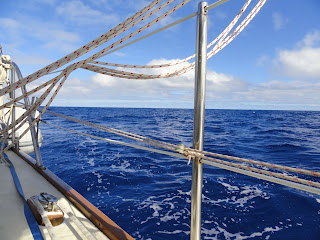 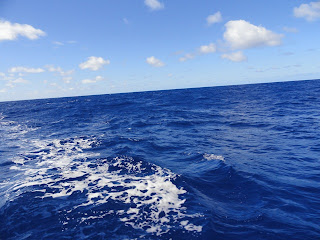 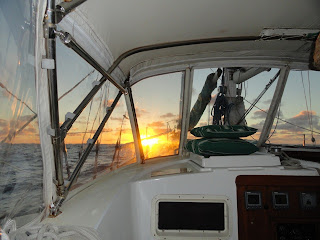 I have over 750 photos, some worth seeing, others, well... I'm just a hack with an inexpensive camera. This means that I will do a big photo dump for those interested and for those who would rather view than read my writing.

The beginning shall be in Rarotonga, Cook Islands. This includes a couple of travel pics.


The flight from LA was long and tedious especially since I had to got to Auckland, first. But at the Rarotonga Airport we were greeted by a ukelele strummer and singer. It was really nice with the tropical humidity in the background, made me feel like Hoagy Carmichael or Humphrey Bogart in an old film.

Sorry about the shaky video work, I am just learning. Anyway, back to the dump. 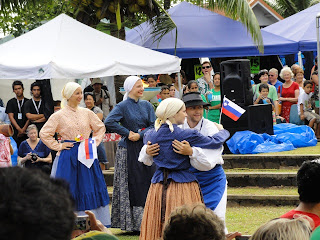 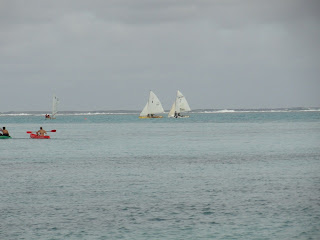 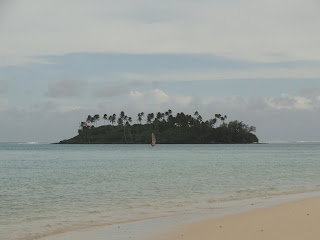 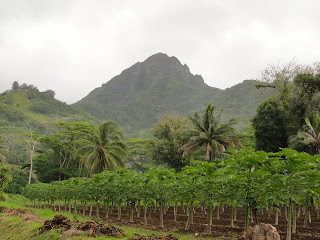 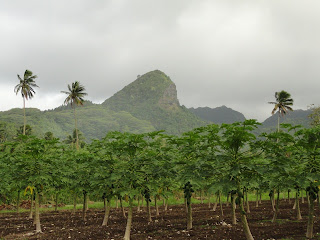 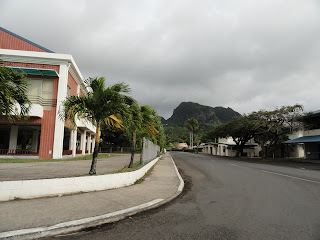 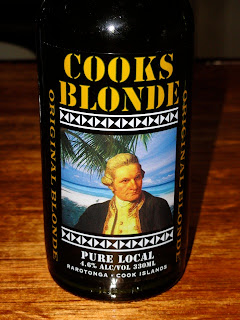 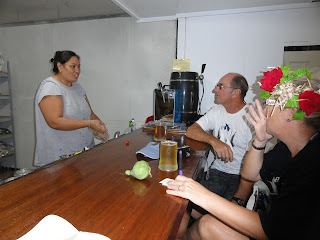 These You Tube vids are a real pain to upload. This is the video taken on the trip from Savu-Savu Fiji to Nadi. The winds were real gentle (Nonexistent) so we motored and wanted to do something useful; Like try to catch dinner.

Results were three dogfish tuna's which weighed out to a kilogram a piece.

Hey there Groovy Guys and Gals;

Barco One has made an unscheduled return to Jacksonville, good thing, too.

First off; Eight days ago, our boat departed Musket Cove Marina at Malolo Island, Fiji. We were heading north towards the Yasawa Group to visit some more isolated anchorages and villages. Good deal right?

We arrived at a bumpy little cove that was behind a safe reef and dropped the hook in about 11 meters of water. The winds were about 15 to 20, from the West and nothing to really worry about so we secured the boat and readied for an evening of watching the sunset, dinner and wine with beer dessert as we watched the Southern Cross rise to the South.

I went below and grabbed an icy Fiji Bitter "The Sportsman's Drink", grabbed my Walkman and retired below to enjoy the shady breeze with some tropical tunes.

A few moments after I finished my "Stubby" (That is the local Fijian moniker for the brown bottle)
the Skipper came down and let me know we were picking up the anchor and moving back to Musket Cove.

It was an uneventful departure and return to Musket Cove which took the better part of two hours. Sophie, the manager of the marina and yacht club sounded very pleased that we decided to return and welcomed us back.

A change in plans had come up over the afternoon and the info was passed to me that we were looking at the possibility of the trip being postponed due to other issues, part of which were maintenance related.

Darn, I was looking forward some peace and quiet after a rowdy eight day race regatta!

Well. I am if anything completely flexible, and open to new opportunities. After three more days at Musket Cove we packed up and made way to Vuda Point, in Nadi. (Pronounced Vunda Point and Nandi). Once there we got a wonderful price quote from Pro "C" Yacht Services on a complete two part paint job for the hull along with two coats of bottom paint for around $4K. In the U.S., one cannot paint a 44 foot boat on their own for such little bucks!

The decision was made in an instant, and the job would take about three weeks. Since I did not want to stay in a hotel for that length of time while working in a dusty boat yard, I decided to come home until the middle of October. Wednesday morning I bought a round trip ticket back to Jax, price was $1700. Not too bad, since a hotel would have run the same. I could have stayed in a backpacker's hostel for half, but there is no way I will live like a hobo. Not my thing.

Said good bye on Thursday evening (Wednesday back in America!) and was on a 747-400 for L.A. Eleven hours later landed at 1300 local (Thursday) after enjoying the red eye. It was a nice but crowded flight.

And I caught a horrible cold half way through! Sore throat, leaky sinuses, etc.

Got through customs and checked my bag in. Went to the American Airlines Admirals Club and began my ten hour wait for the next leg to Miami to begin.

Pay the fifty bucks, it's really worth it! Complimentary internet access, great food and lots of comfy chairs with plenty of quiet places to hide. Plus, starting in October; Complimentary Drinks. So I have that going for me next month!

My cell phone was not getting access inside the building, so I sent an email to the Spousal Unit letting her know my predicament.

The Spousal Unit let me know that she had a little predicament, too.

Thursday morning, she was at a routine doctor visit when she became quite ill and passed out at the front desk.

I won't go into much detail but she was brought to the emergency room at a local Catholic Hospital where they found some very serious issues and sent her to ICU.

Her email to me was via blackberry letting me know the situation, about five hours after the crisis. I tried to call the hospital Intensive Care Unit to talk to her room, the duty nurse said that everything was ok, there are no phones in ICU rooms and that she would find someone to get in touch with me.

My cell phone lost the signal. Needless to say, I was growing very concerned, given that I had been up over 24 hours and was unable to do anything about the whole situation. Helpless is not something I like to be, this is the first time I have ever had someone close to me in an actual hospital in the ICU where people who stay are in danger and requiring great care.

My cell phone rang about fifteen minutes later and it was a long time friend who had been at the hospital all day with the Spousal Unit following this ordeal. She told me everything was indeed stabilized and that the Physicians merely wanted 24 hours of close monitoring of her functions.

I felt a bit better, and said goodbye.

How many times does a person hear that everything is ok, and then tomorrow get the word that the patient has taken a turn for the worse and slipped away in the early hours of the morning? This is a fact:  0400-0600 are the hours that are most dangerous when it comes to survival, since the body is at it's lowest ebb.

Naturally, I was unhappy. It was going to be a long five hour red eye flight to Miami which would be followed by an hour's wait for the Embraer Prop ride to Jax.  While my mind was racing with what if and what now questions.

Aren't we too young to be thinking of such things? Doesn't this crap always happen to someone else?

Time to get aware and be ready.

This is not a drill.

Time to Man Up and prepare for anything. Are you ready? Hmmm?

That is what was running through my mind as the rumble of the 757's jet engines throbbed endlessly in the dark night.

Look to the right: Huge and ominous thunder clouds, standing over 37,000 feet above the ground, pulsing with lightning. We move on and on...

Finally, we landed at Miami where I embarked on the prop plane to Jax. I felt like I was riding a Spad, slow and low. and by 0930, my two night journey was over and my good buddy Phil picked me up and brought me home.

Did a quick turn around in the shower and whizzed my way to the hospital where I ran up to the third floor ICU and found the Spousal Unit attached to machines and IV's. She was in good spirits as they did one more IV injection of fluids and she was good to go. Amazing how good care and modern medicine can take a person from the edge to great health so quickly.

Review;
This episode could have gone the other way if it wasn't for the rapid response of the St Vincent Hospital professionals. If She had been at home or away, this could have ended in a much negative manner.

Kudos and thanks to St Vincent's. I am so grateful this came out so rightly. Life is always hanging on the thread of the moment; Any one of us can find ourselves fighting for survival in an instant. Like driving on the road, all it takes is someone t-boning your car while you are being safe and in the right. Next thing that happens is that you are gone.

So be sure to have your wills completed and always have clean skivvies on!

P.S: Why was I sent home from Fiji so urgently, the day before anything had happened?

The Lord moves in mysterious ways. With my gratitude. 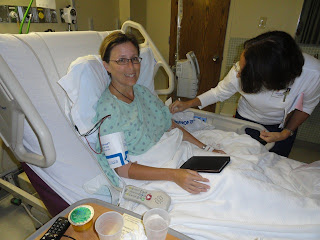 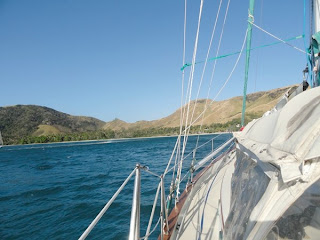 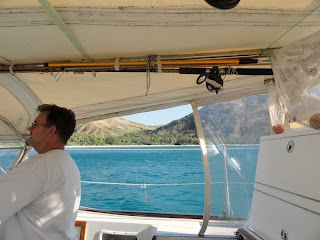 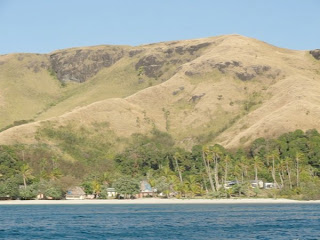 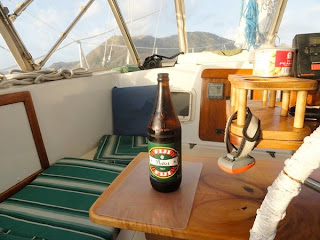 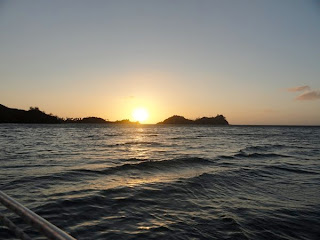 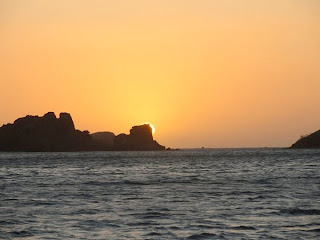