Some videos to watch, I put links so you can see them in HD;

Morning would. Be fun!

Bonus video from the Nu-Gnu!

Yes, we do have another sailboat. Just because.

Off and running for Marathon via Card Sound and the Upper Keys.


Phil went back home to act as staff for the kittehs and so the Spousal Unit and myself continued to Marathon, solo. After 24 years of dreaming, scheming, talking and thinking of Keys boating we were finally about to make it all happen. For realz. We even talked excitedly about the thrill of making yet another bucket list item go into the done it file!

We left Key Biscayne early and rode with the rising sun into the main channel southward to Card Sound. I had a feeling of us now moving into the unknown, like entering the Nung river on a quest to find Kurtz. Pretty silly, millions of people have traveled into the waterways surrounding the Florida Keys and we would be no different.

Just stay away from the hard bits.

Traveling in waters no deeper than eight feet with a clear view of the coral bottom is a bit unsettling, but we kept a close eye on the chart plotter backed up by paper charts to make sure we did not have any accidents. I really would be unhappy if I ruined our moment by inattention or negligence!

Around the time we began passing Elliot Key, we heard a fast "Mayday, Coast Guard..." on channel 16. I turned up the volume so we could understand a bit better.

Coast Guard: "Vessel calling Mayday, what is your location... Ensure all persons have lifejackets..."

I said my favorite word aloud and we discussed how glad we were to be further along South. Otherwise we would have to help in the search...

"Coast Guard, Coast Guard; This is vessel "Heaven Sent", we have the sinking boat in sight-"

Pandemonium erupts on the VHF with the Coast Guard trying to get through all the chatter of boaters unaware of the drama, making routine calls for 'Radio Check'...

Finally, Coast Guard Sector Key West gets on the line and begins to speak with "Heaven Sent".

CG Key West: (In urgent voice) "This is United States Coast Guard Sector, Key West... Heaven Sent, do you have people in the water in sight?"

Heaven Sent; Female voice, getting instruction from away from the microphone--"...Roger That... Three adults and a baby, near sinking hull. We are moving in to pick them up... This is Heaven Sent".

I can tell you we were glued to the radio!

CG Key West: "How many people are in the water? Life jackets?"

SWWBO and myself were practically high Fiving (I hate auto correct!) at this point. Other than the over use of that "Roger that", nonsense, the rescue was succeeding! How cool is it that a boat named, "Heaven Sent" happens on a boat sinking in Biscayne Bay???

I bet that family that was fortunately rescued stops by church tomorrow and gives thanks for their blessings!

Anyway, cutting a half hour of radio chatter away from this narrative, The gist of it is that the family had just departed Dinner Key for a saturday of fishing on a trailerable boat. I imagine the stern plug was forgotten and when the mishap crew stopped to wet some fishing line they found the water climbing up to their ankles, quickly.  "Heaven Sent" happened upon the scene and then had to spend the rest of the morning answering questions, waiting for Coast Guard assets to arrive and pick up the survivors and assess the mess.

Great story! Glad we were six miles down range and opening, delay free.

Back to our own fun!

We arrived at Card Sound an hour later and began to navigate those waters, dodging the fast moving sport fishing boats who had to go fast and wake the crap out of us, regularly. That's what happens on constrained waterways on a weekend. Beautiful waters, skies and weather... We on the Barco just grinned and enjoyed the ambiance of the islands! 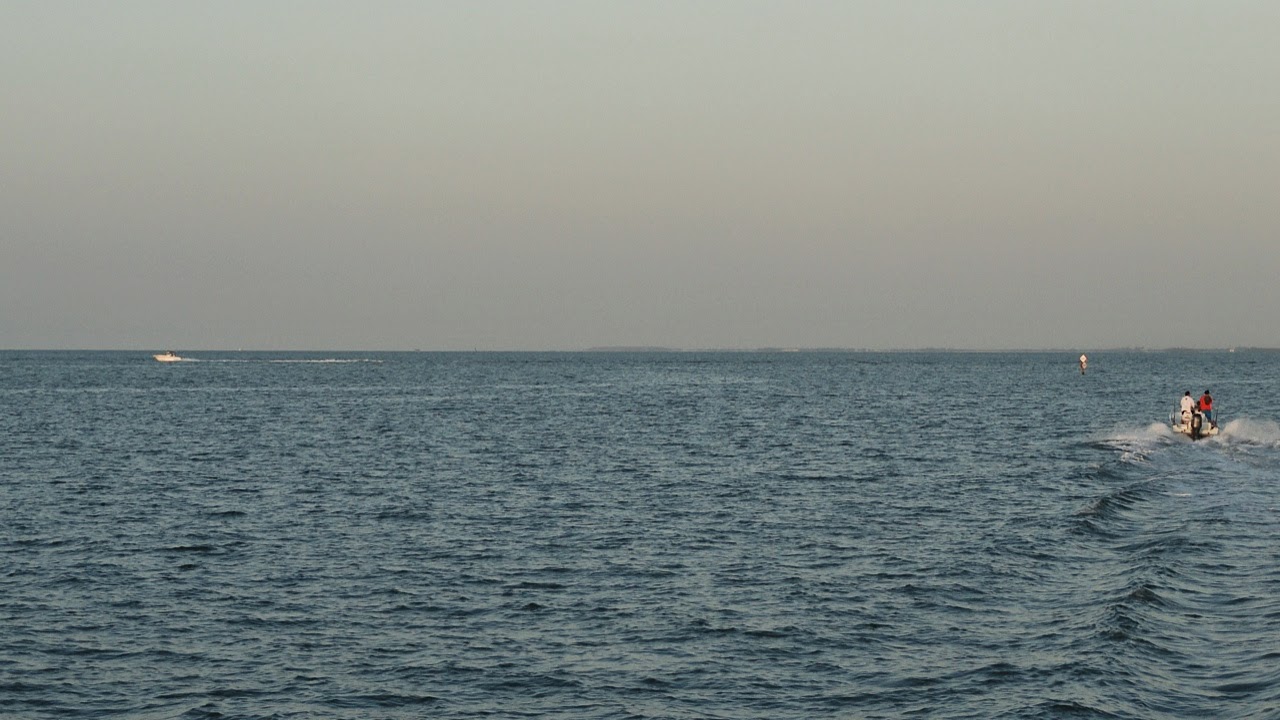 If we could find a way to get backing for a about $1.5M, we will acquire one of these and be glad to take the financier and one other guest around the world, all costs included. Any takers? 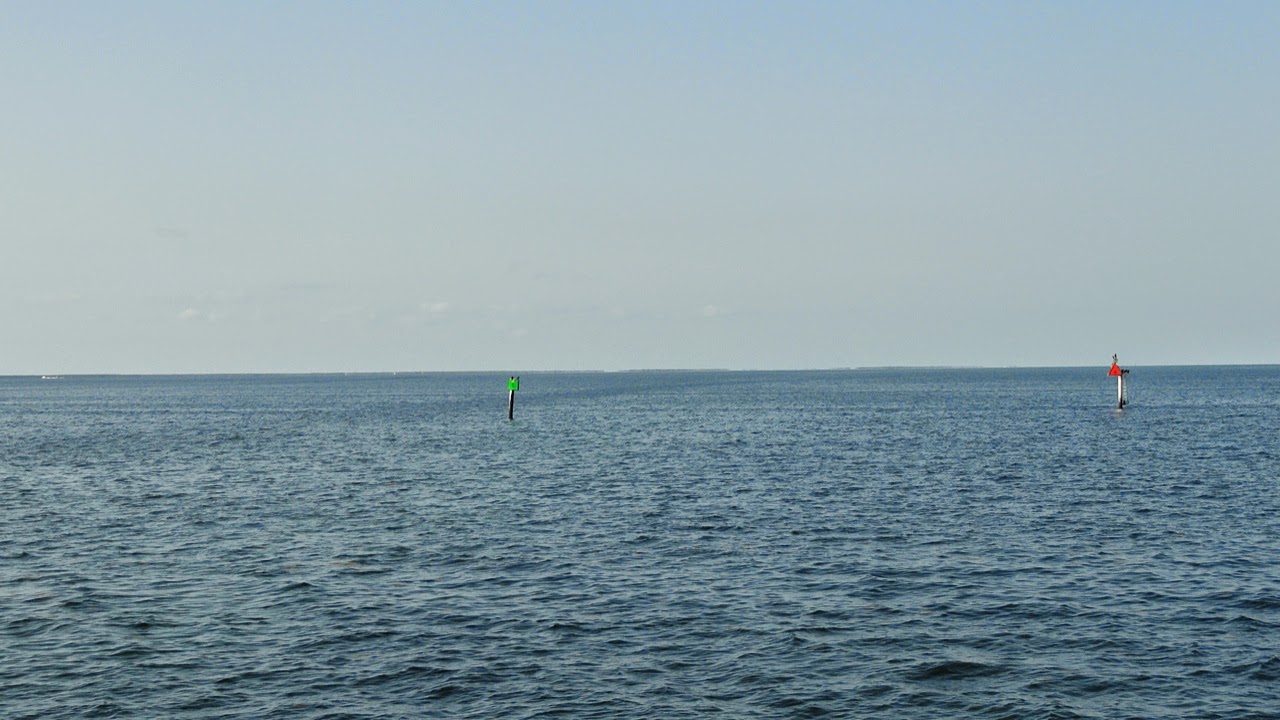 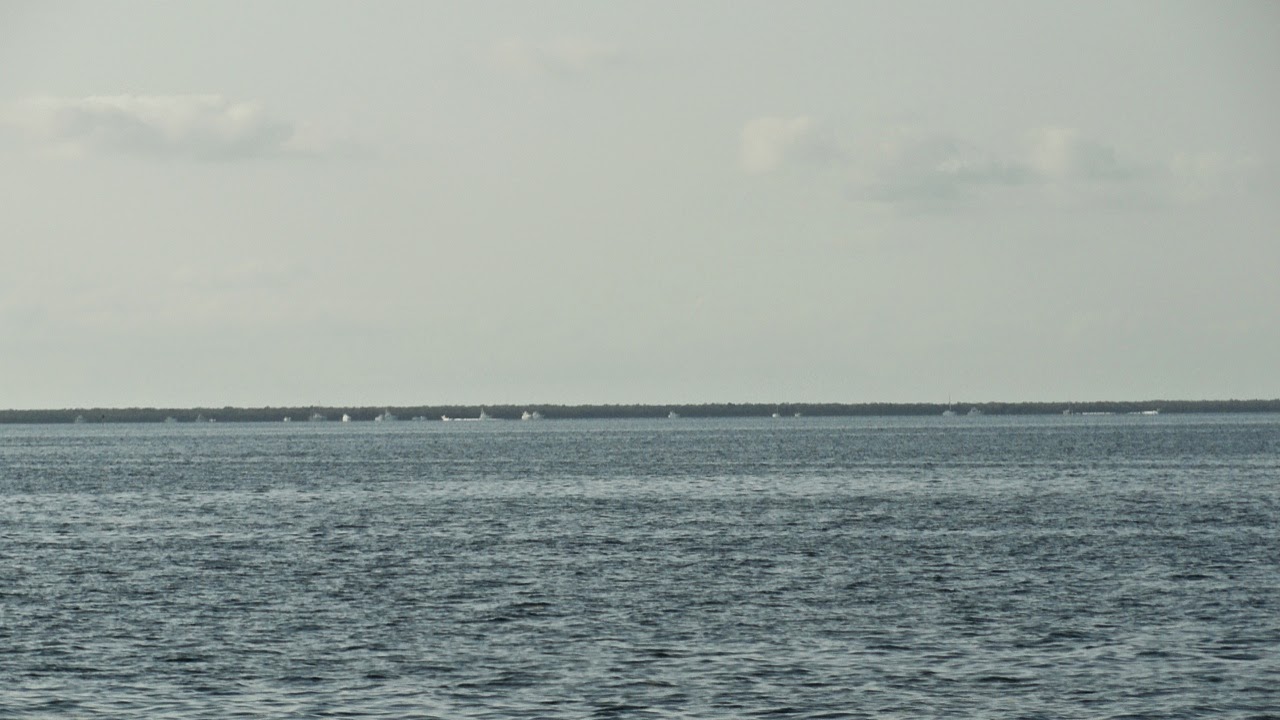 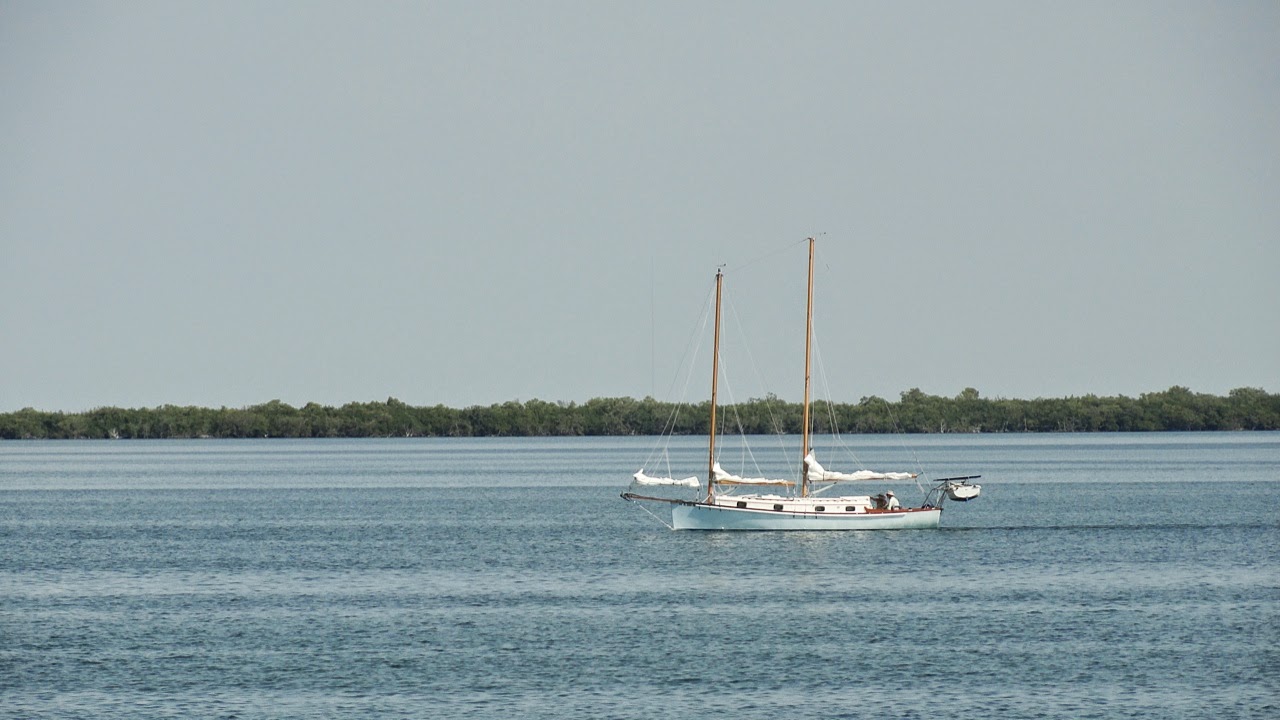 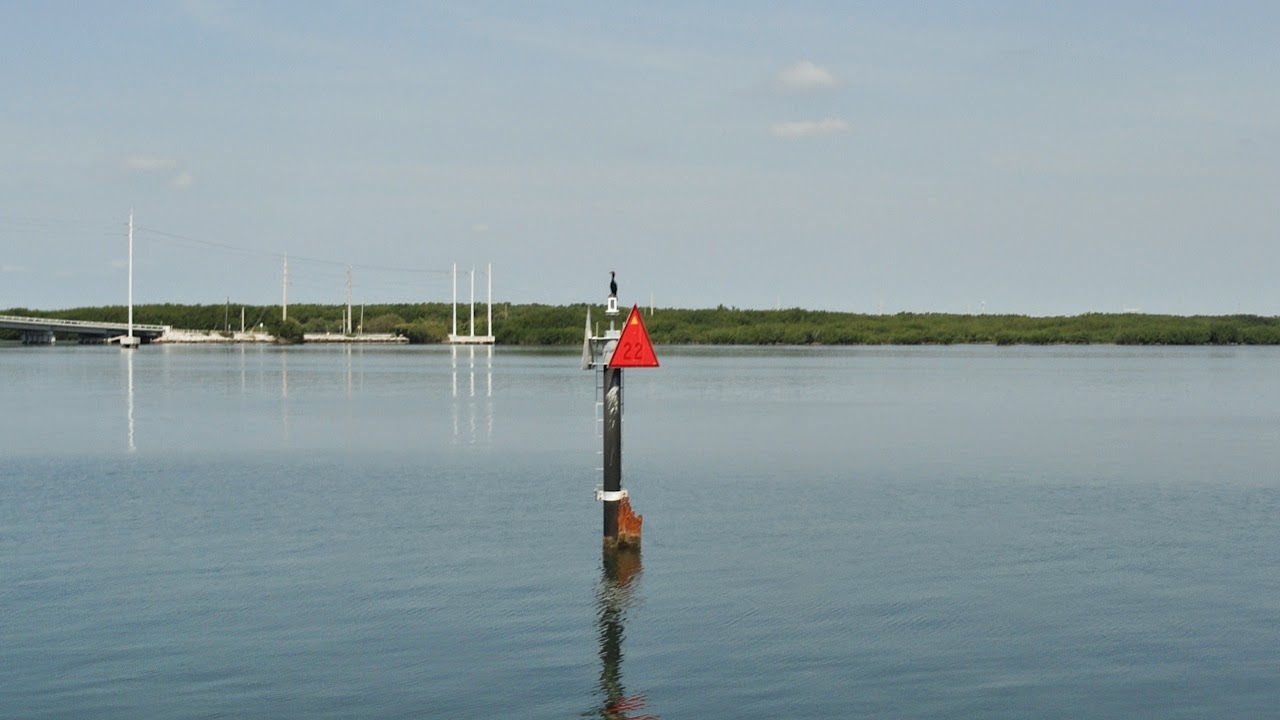 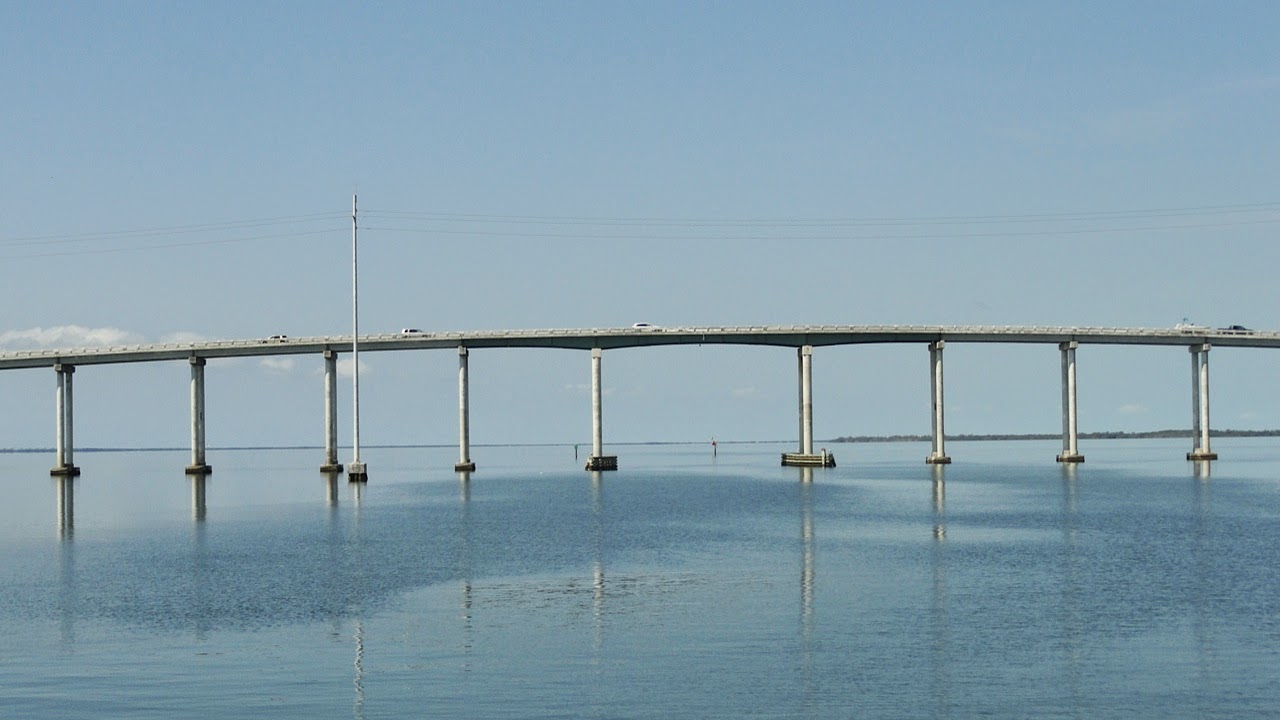 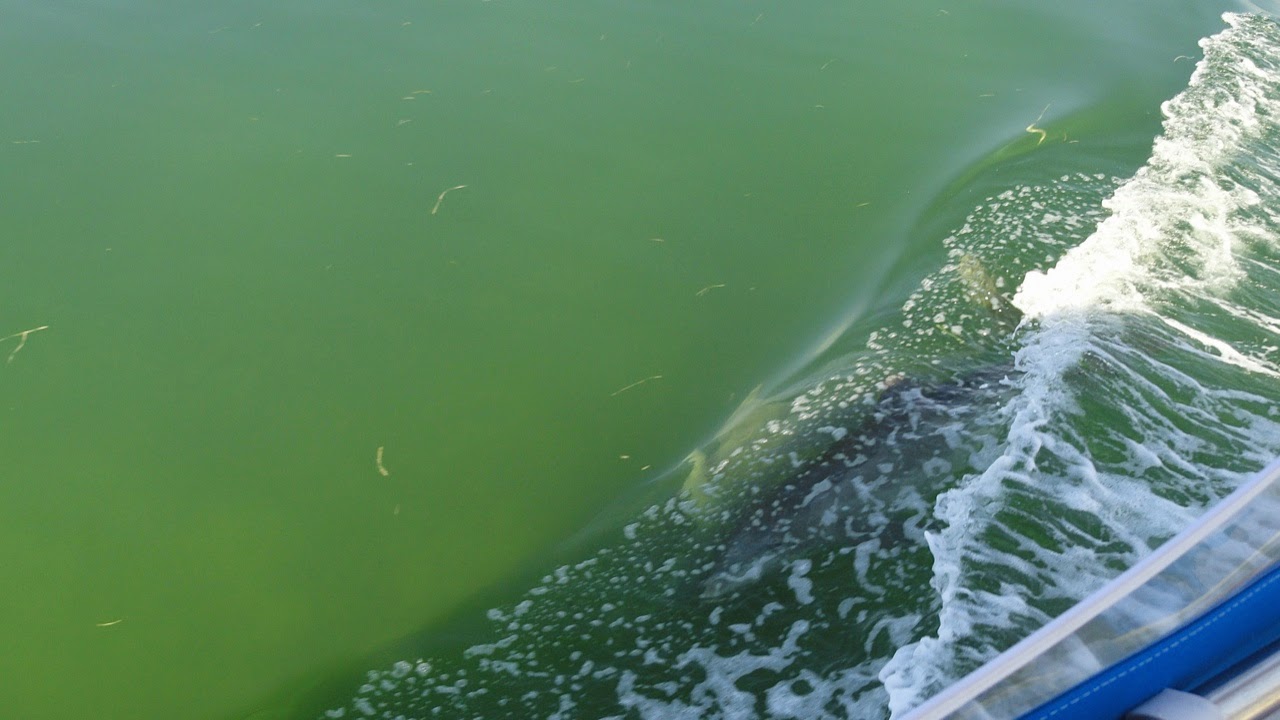 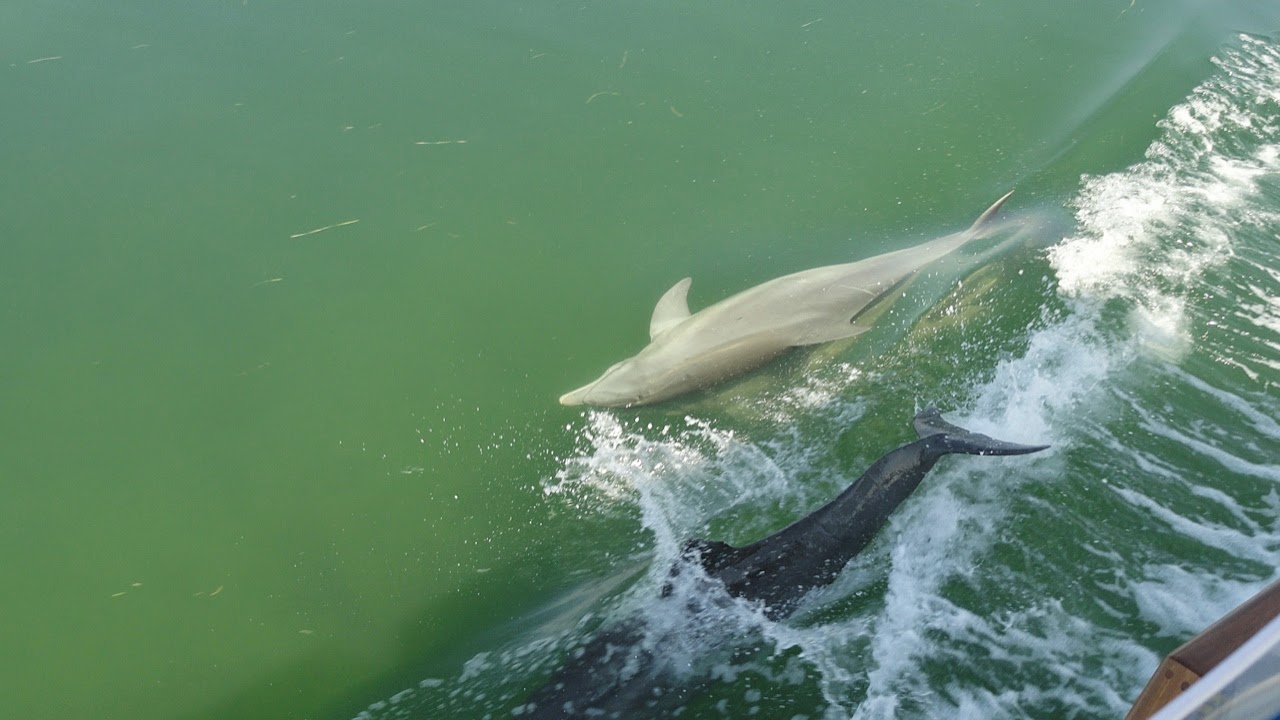 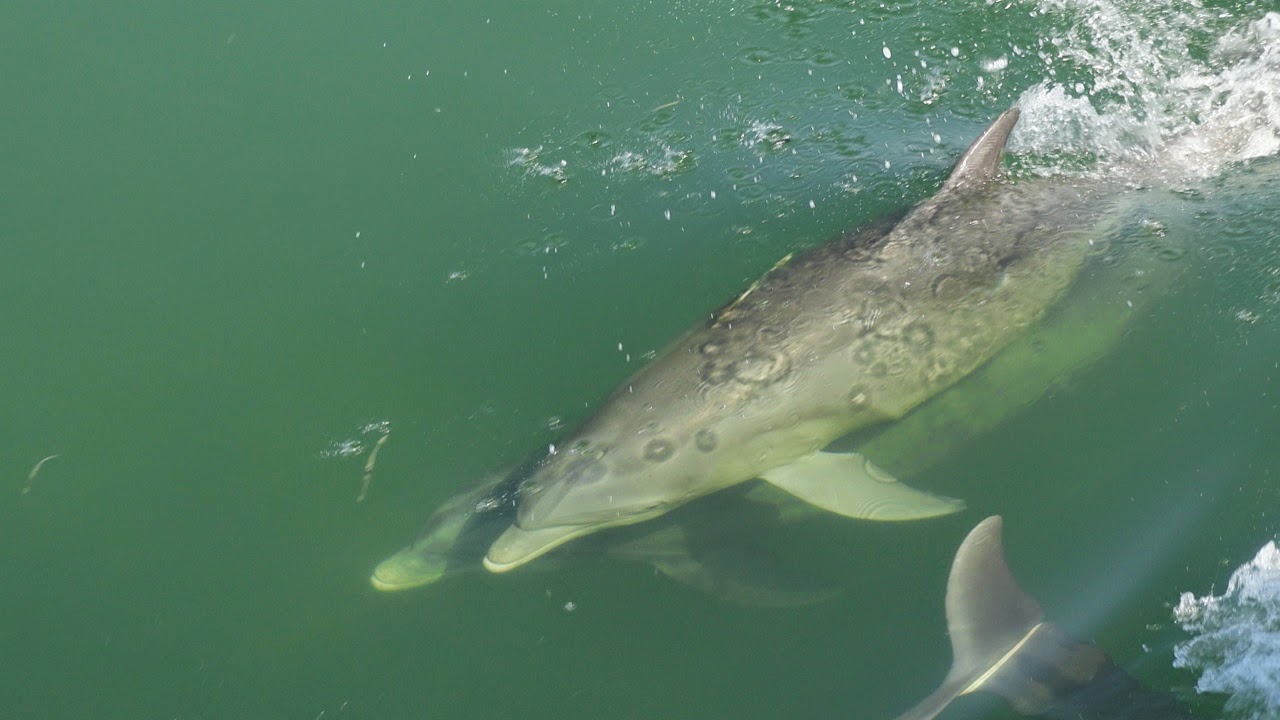 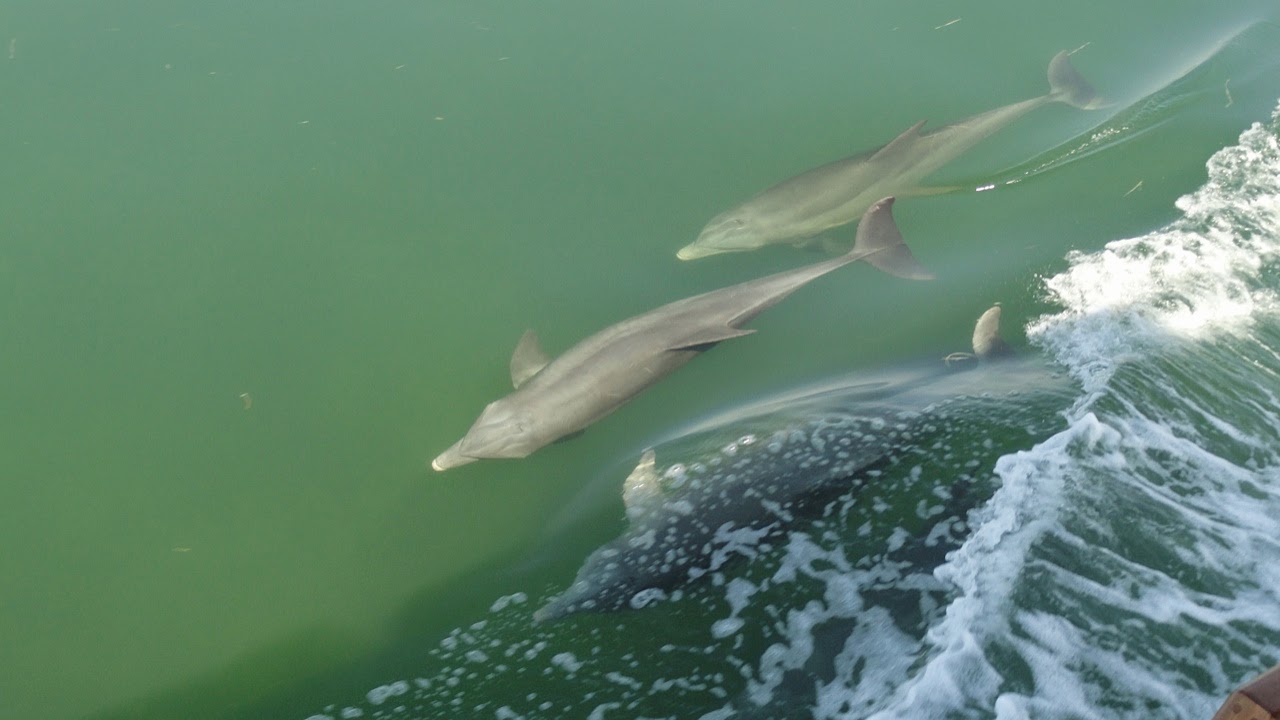 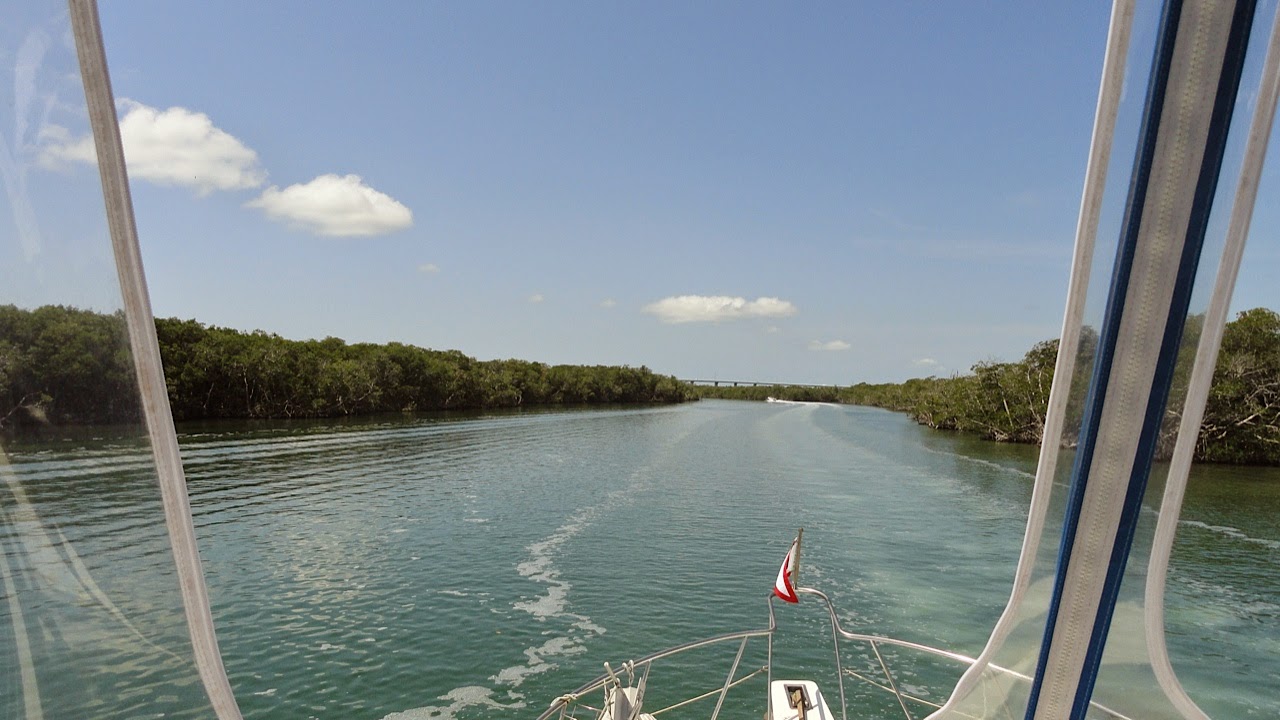 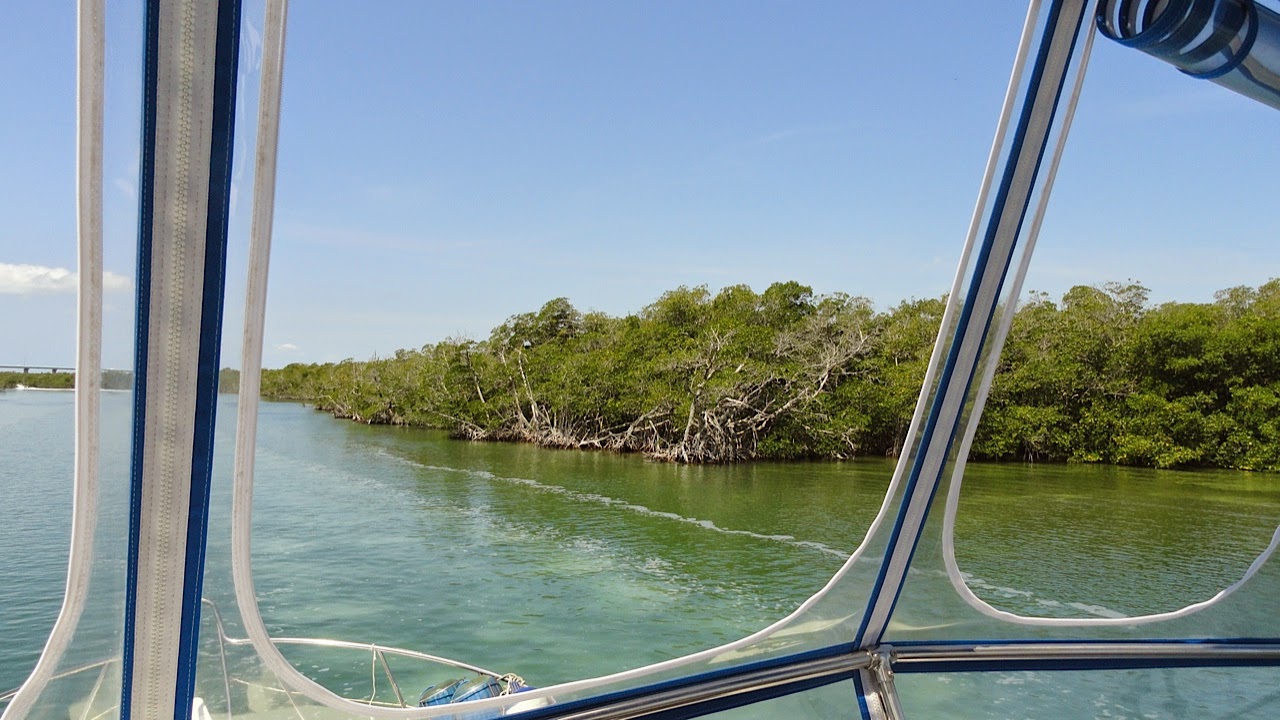 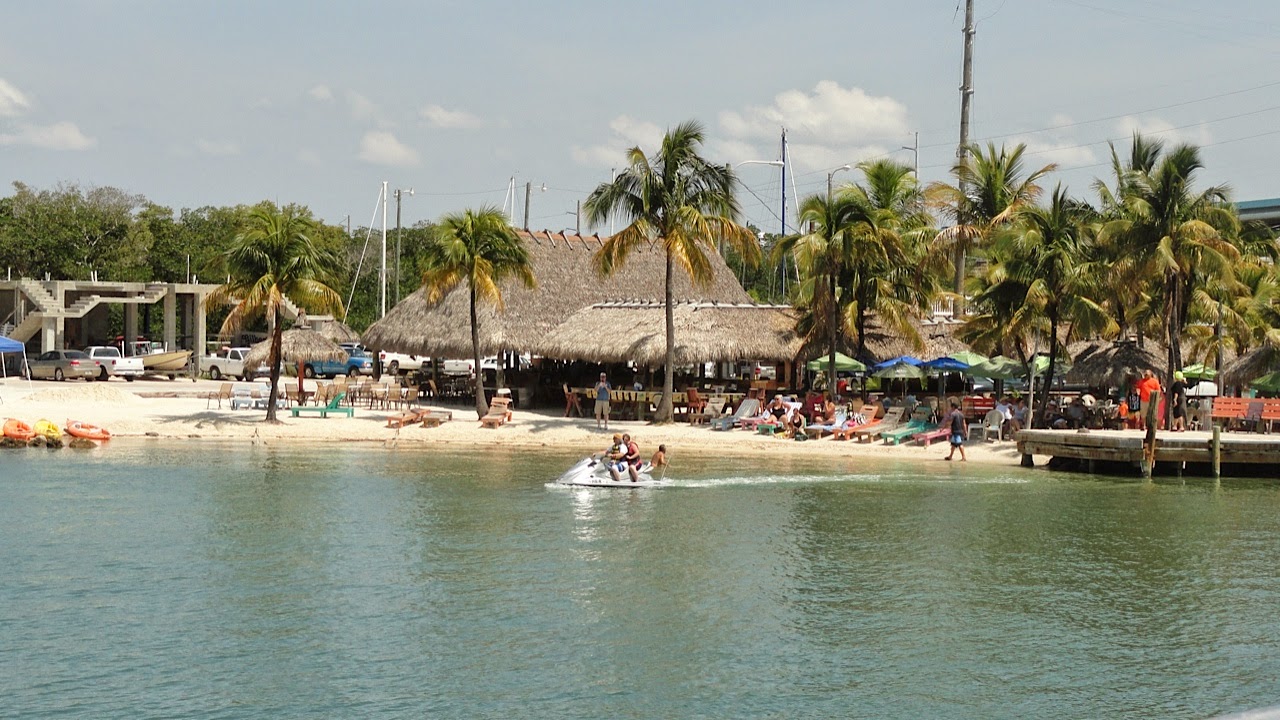 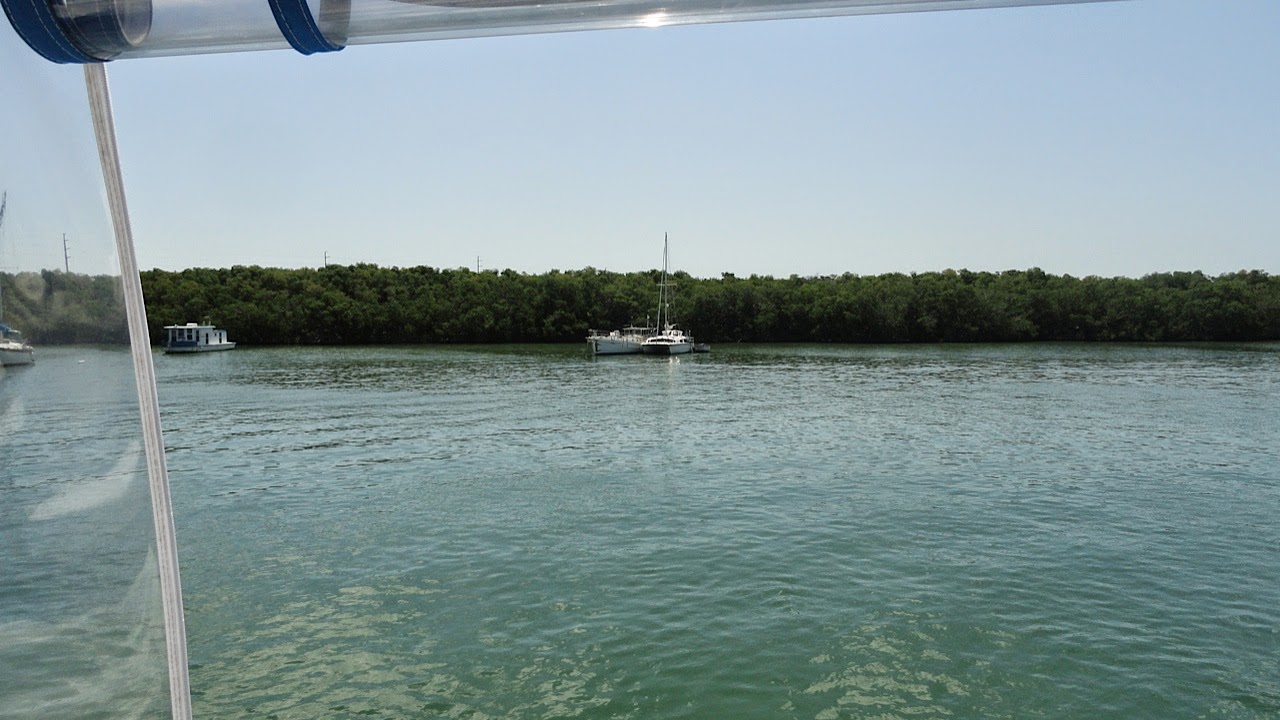 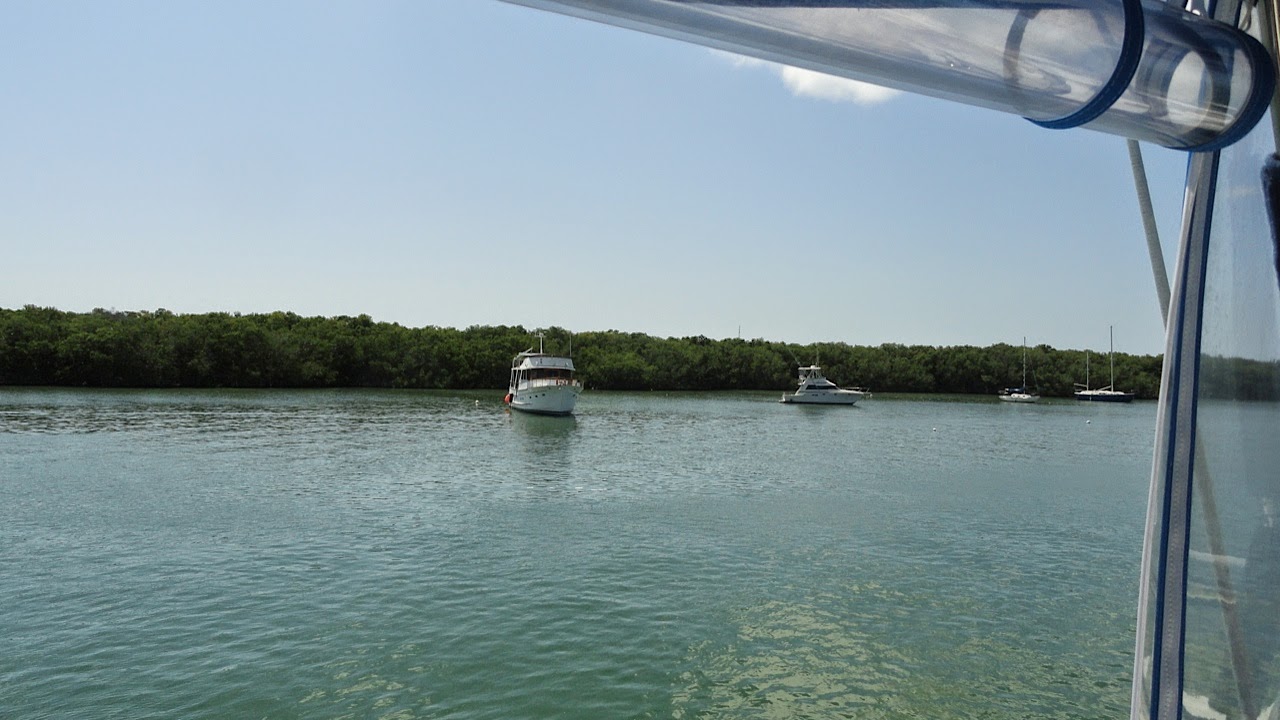 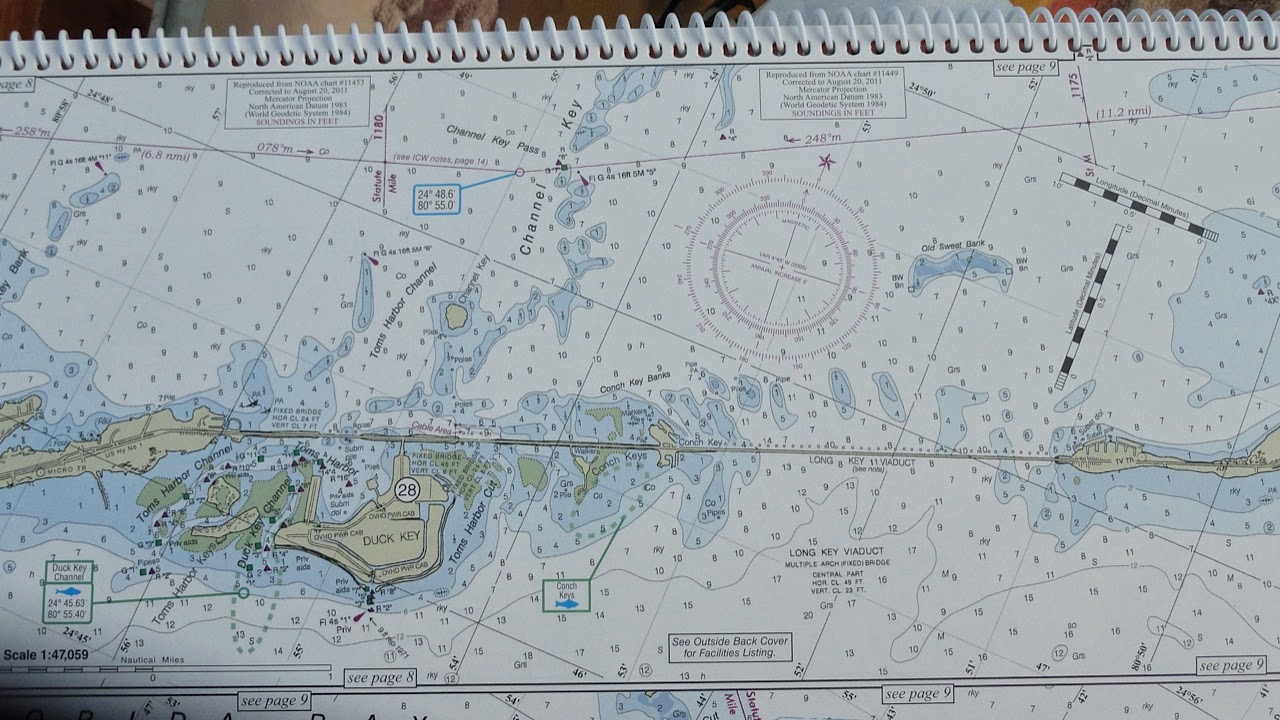 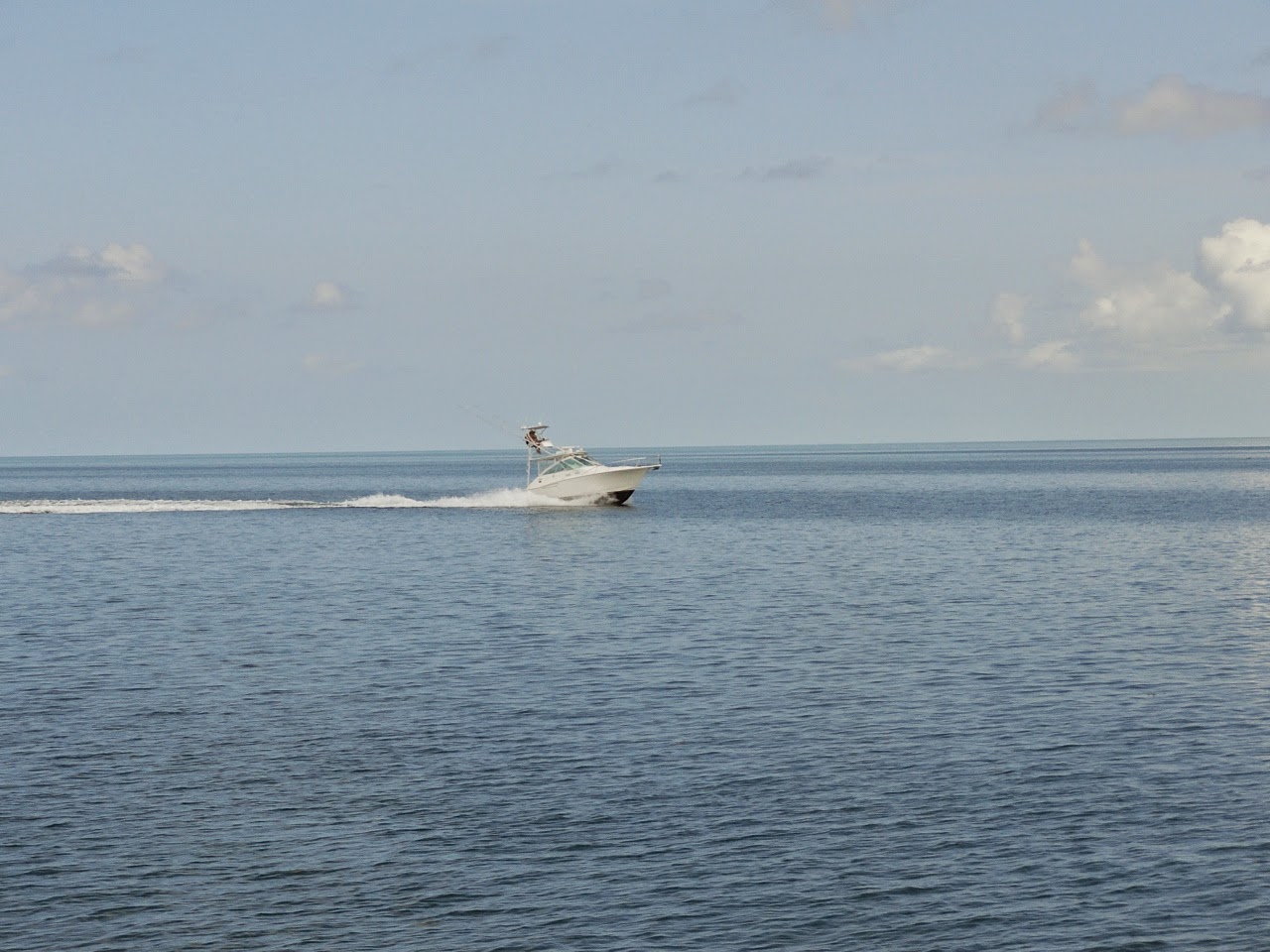 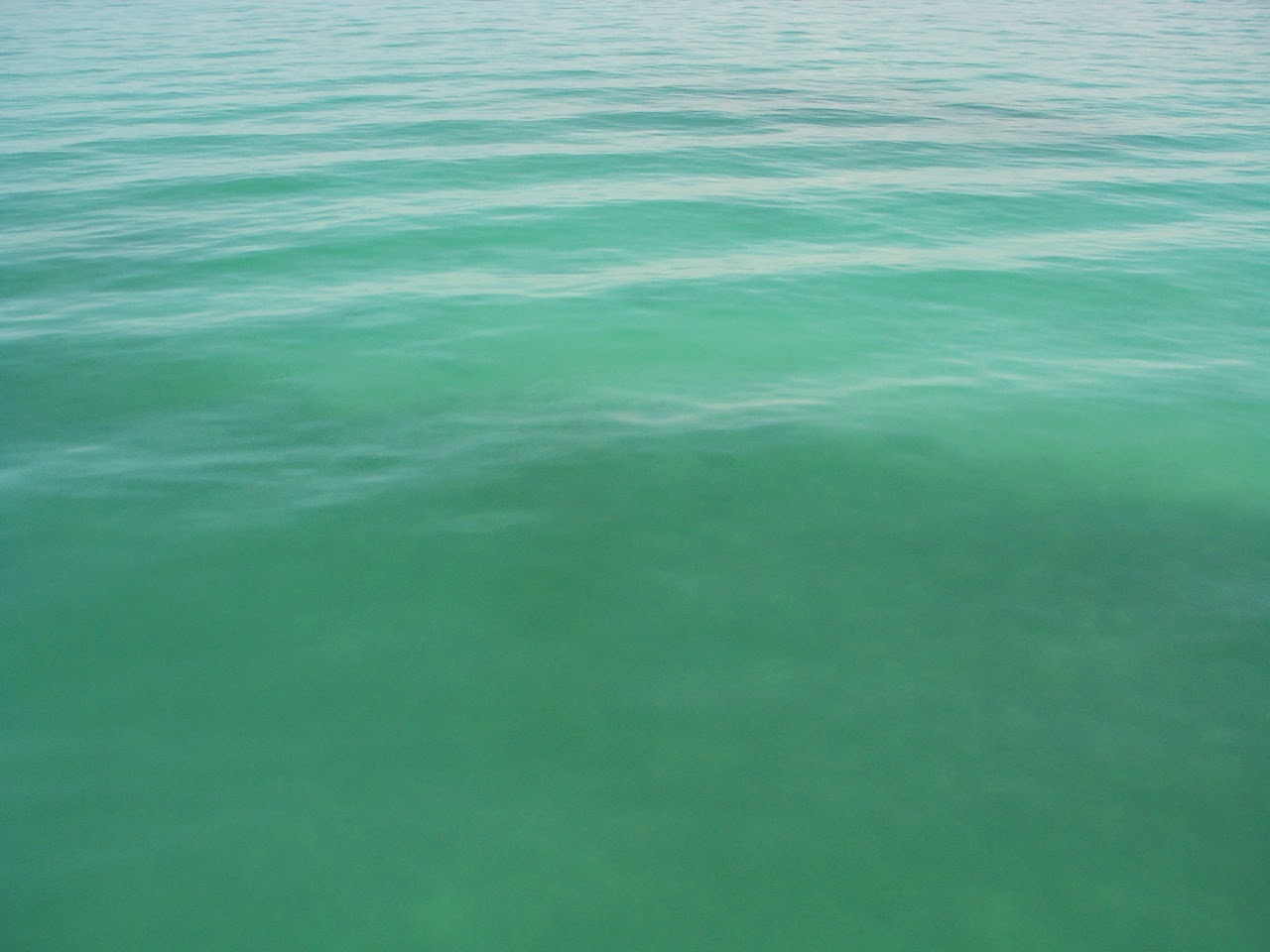 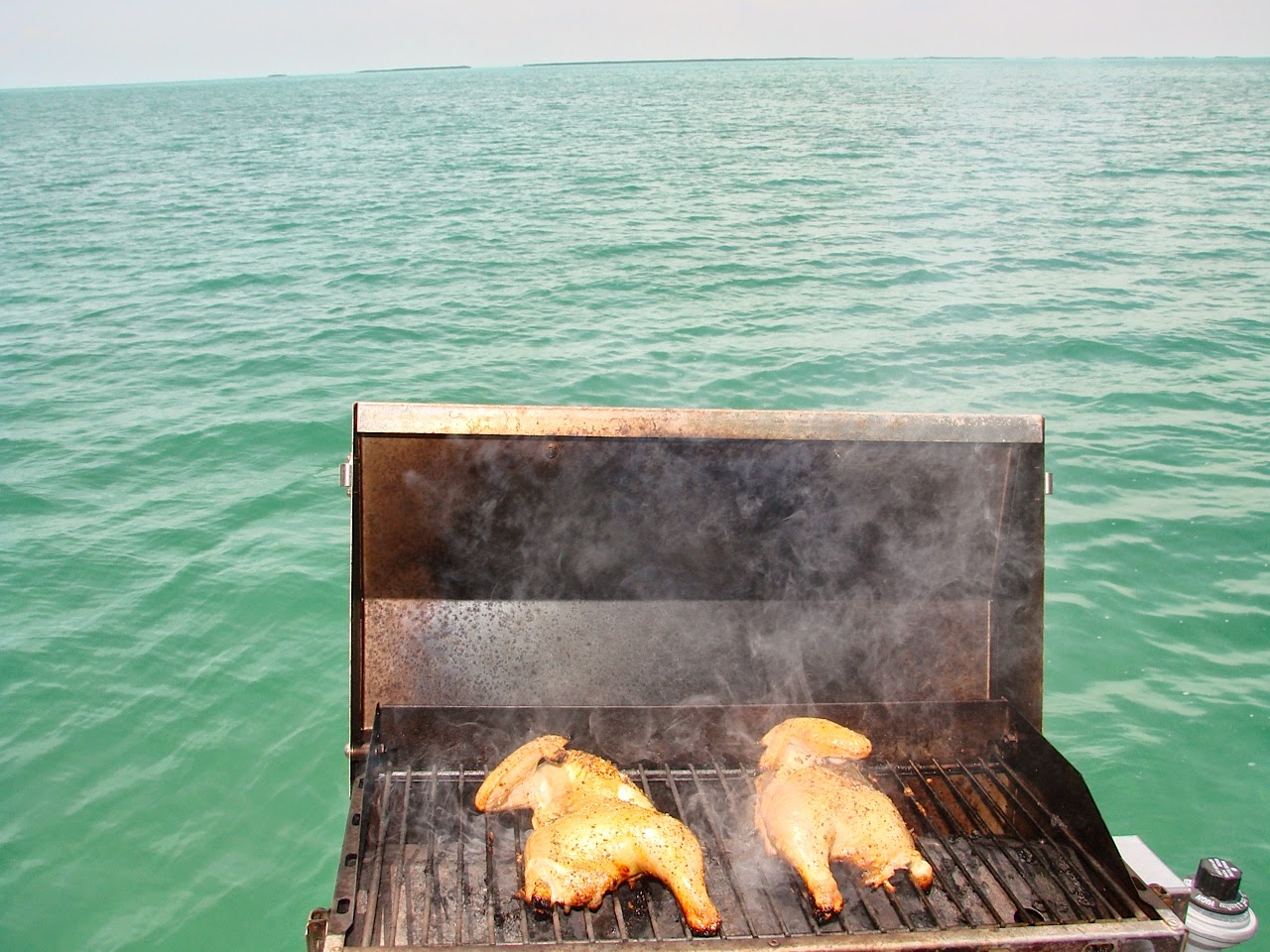 We anchored for a couple hours for lunch and champagne. And a swim. Not all in that order! 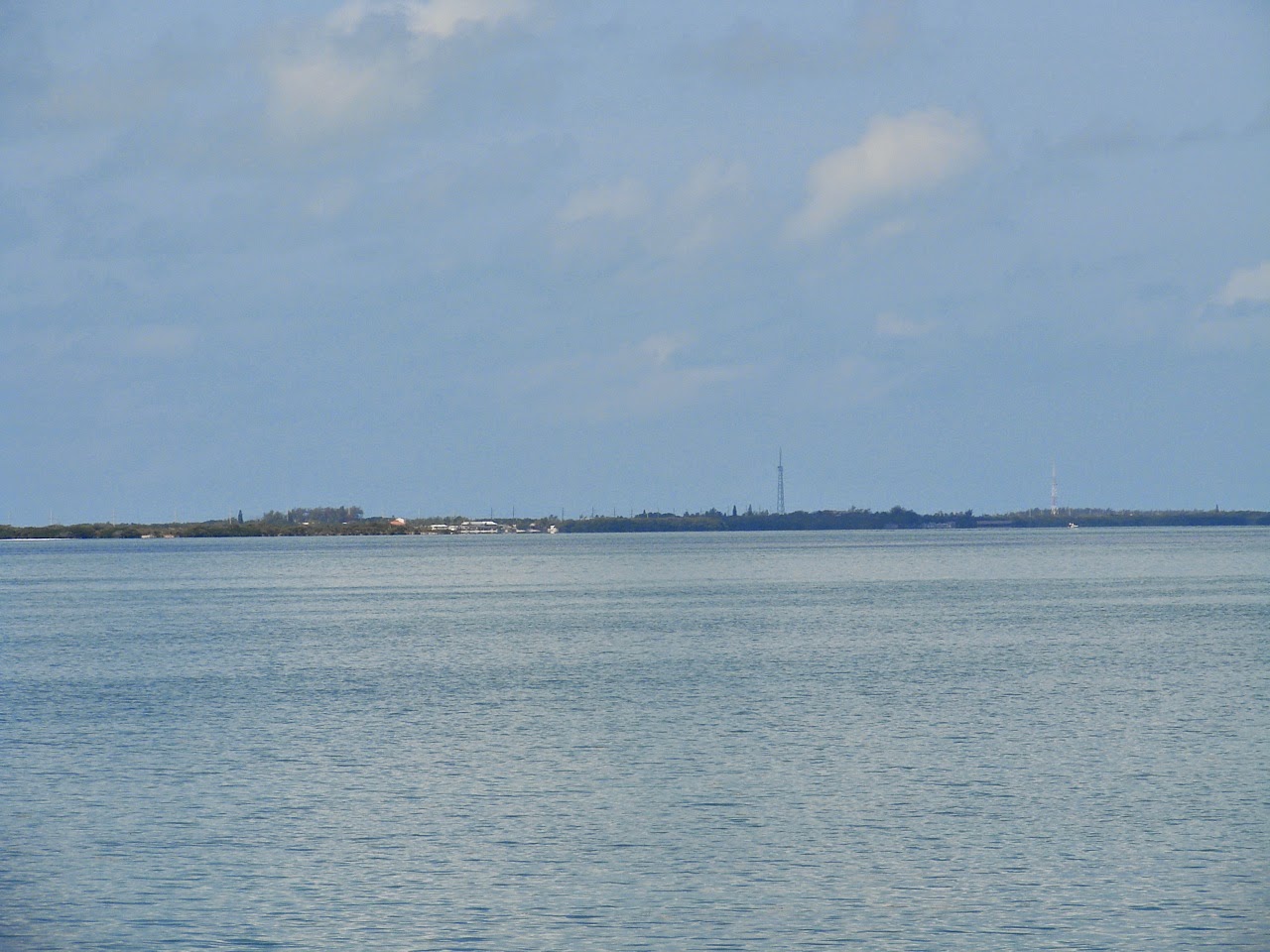 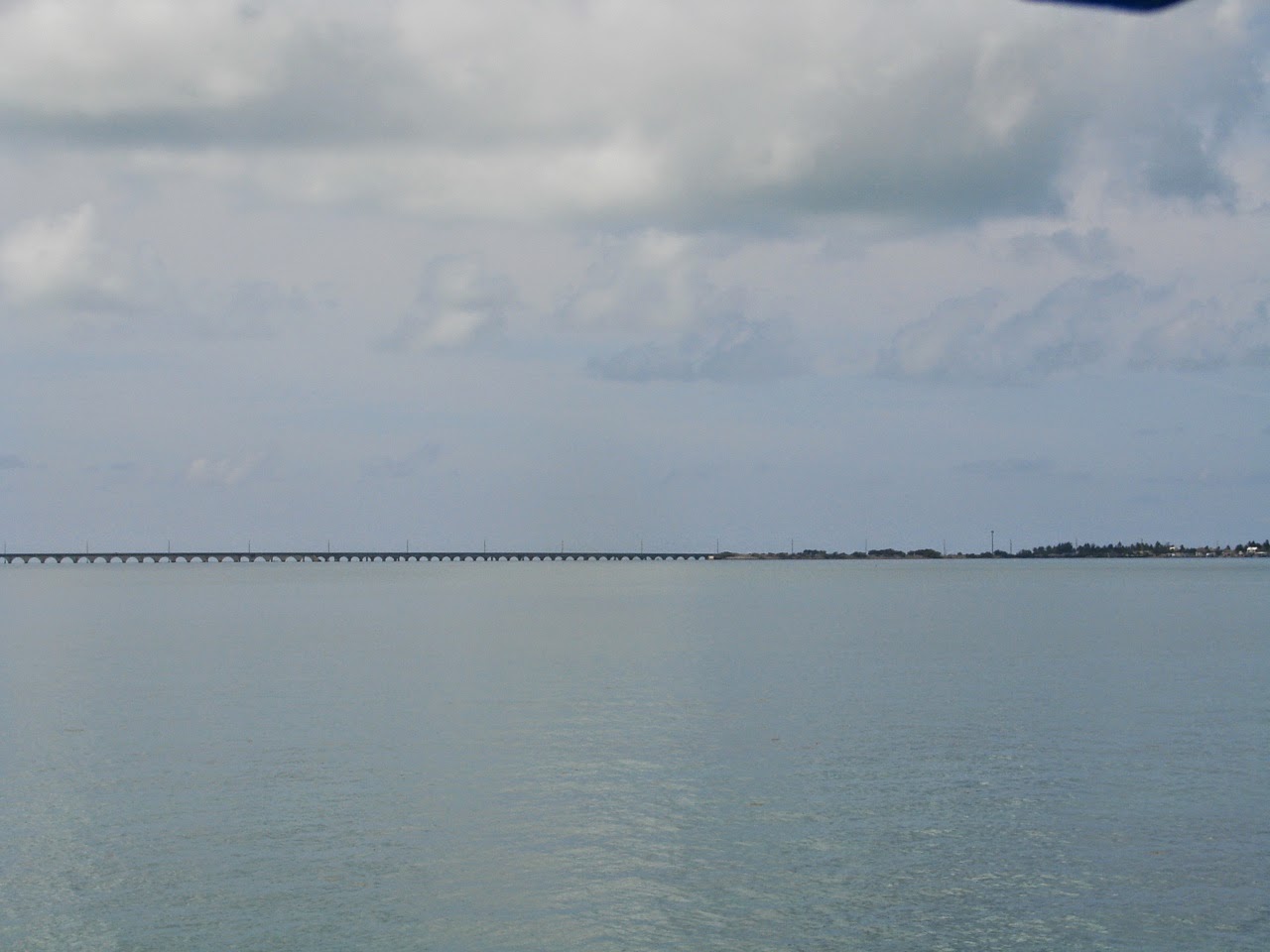 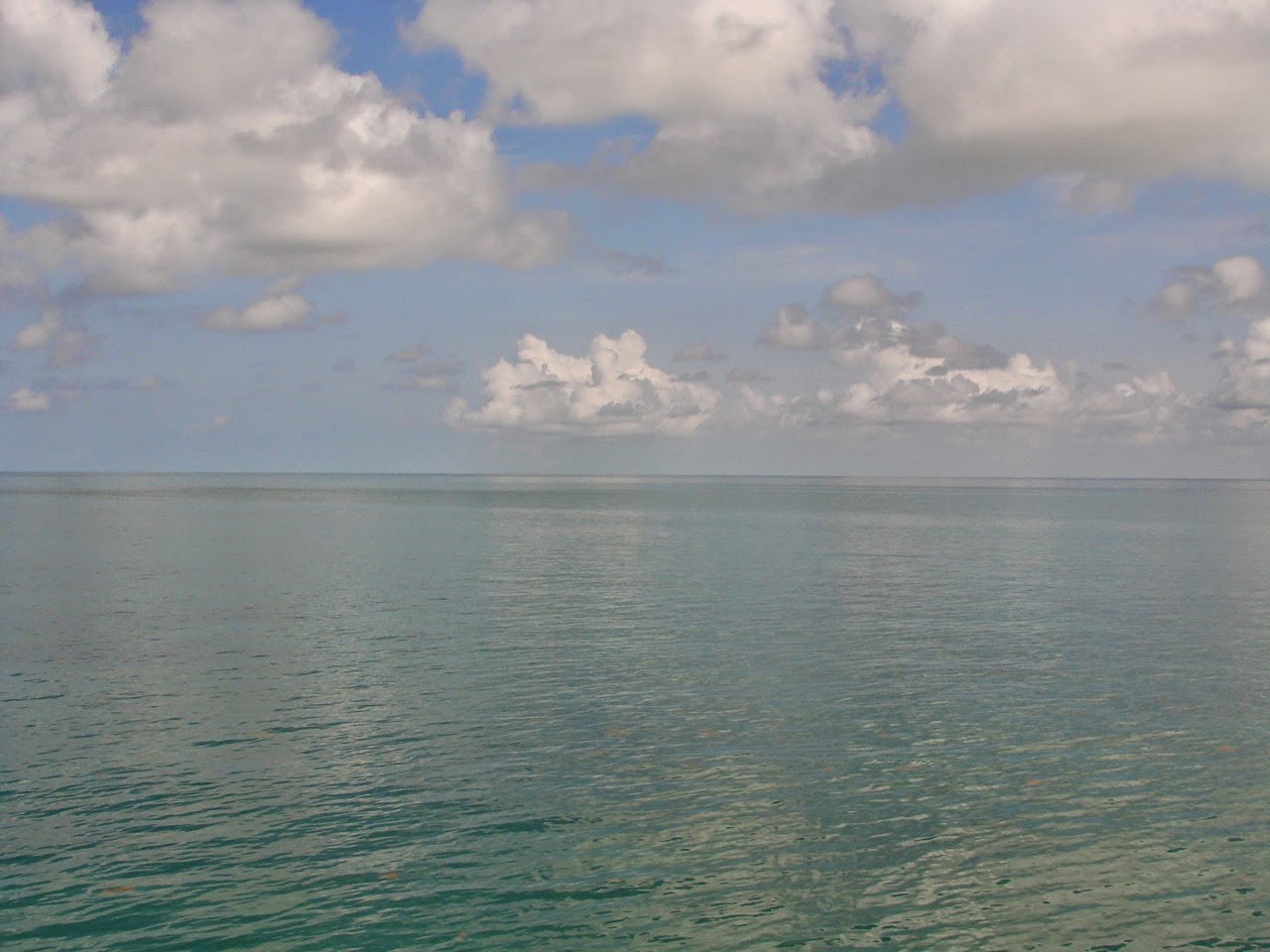 We traveled about 50 miles from Key Biscayne to Community Harbor. The next morning we made the final push to Marathon Yacht Club. It was only one night at the destination but the journey was what the trip was all about.

The Florida Keys are a great destination and we shall return.

If anyone would like to chip in for expenses, I would be glad to take the Barco back out for another visit. Round trip from Jax to Marathon ran us about 500 gallons of Diesel, food and  other costs were an additional $600. About $3K in total costs.

Yes, it is cheaper to drive but again, the journey is the reason for the trip!