Click on the individual links and read the story of our journeys onboard the Wildebeest III. The more recent stuff was the trip to Oz on Beaujolais, a CSY 44. Please excuse occasional bad spelling and consistently horrid writing. Some of this I had to just speed through and get it down before I lost interest and track of the stories. This is a long story so get comfortable.

Here is a link  that discusses meeting famous sailor, Robin Knox-Johnston:  . The early boating years are sort of described, too.

The journey across the Atlantic: (In order)

Further reading (And my take-away on boating wisdom; Ocean crossings are easy. The departure is the tough part. Fear and Air are holding us back from our next grand adventure, so let's break through and live!!!)
2010's trip to Oz;
Shots
Beginning trip to South Pacific
Sailing with Roger XXXX on Beaujolais in 2010;
Fiji Video Links
To Rarotonga
More Rarotonga
Rarotonga to Beveridge Reef

Back again, if only for a moment!

Awright, Barco was underway this weekend at Metro Park in J-Ville for the Elvis Costello Concert.

We arrived at an almost empty marina, just two other boats were there for the weekend. The dockage is free with only a nominal charge for electricity.

We spent a little time with the other boats and left around 1800 for the Florida Theater, about a mile away from the boat. We ate a small meal at the local Burrito Gallery and settled into our loge seats to watch a great  show.

Declan McManus was playing solo with a guitar and piano doing many of his songs in not the usual manner, mostly in the style of a busker earning a few bucks for well played music. Very nice, and we enjoyed  ourselves at the intimate venue.

Back to the Barco by 2330, we shared a few drinks with our new friends from across the way, hooting and howling until the 0130 bed time alarm.

Sunday blasted into being, sometime around 0730. We enjoyed coffee and toast in the warm morning sun and complimented our new friends when they emerged from their stylish houseboat into the brightness. We were invited over for morning beverages and it all went downhill into a dock party with four boats in attendance. We ran out of beer by 1500 and decided to nap until sunset...

Here is the evidence: As always, click to enlarge photo! 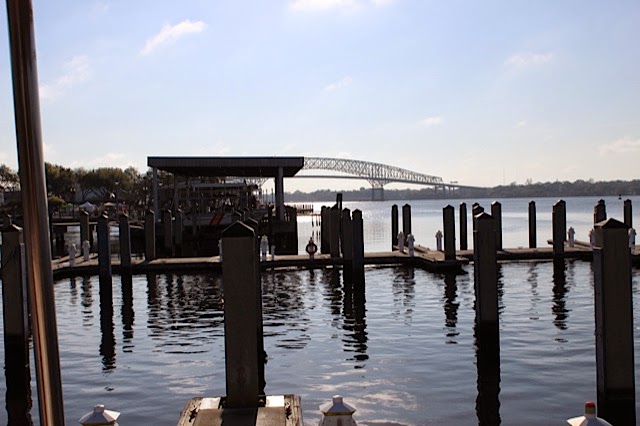 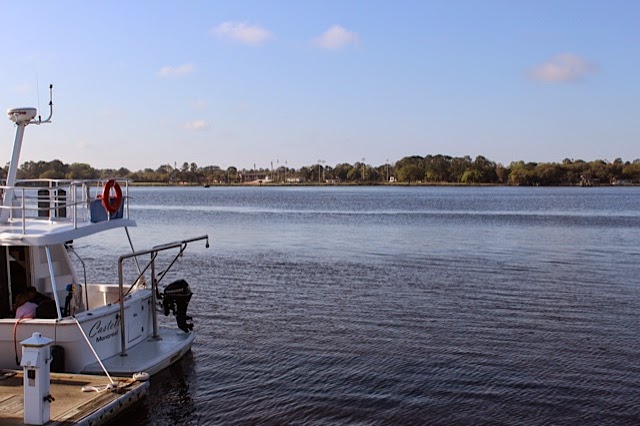 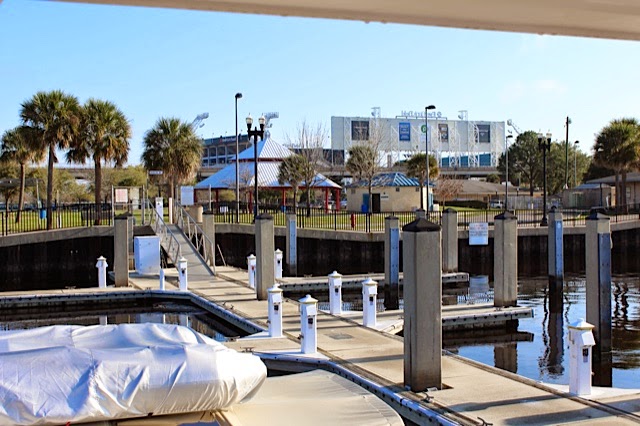 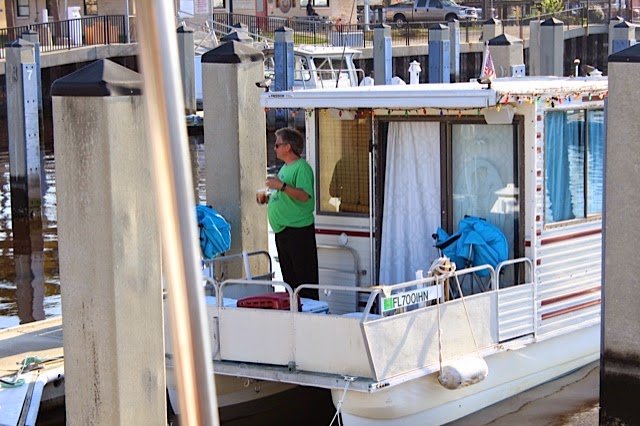 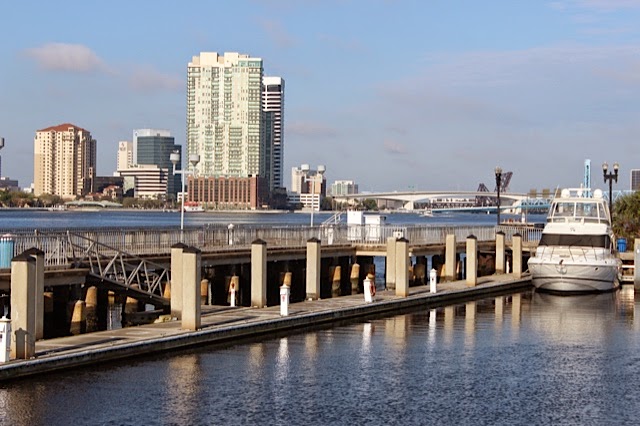 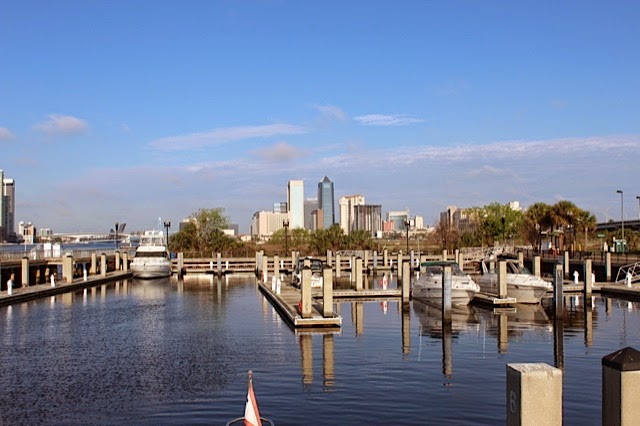 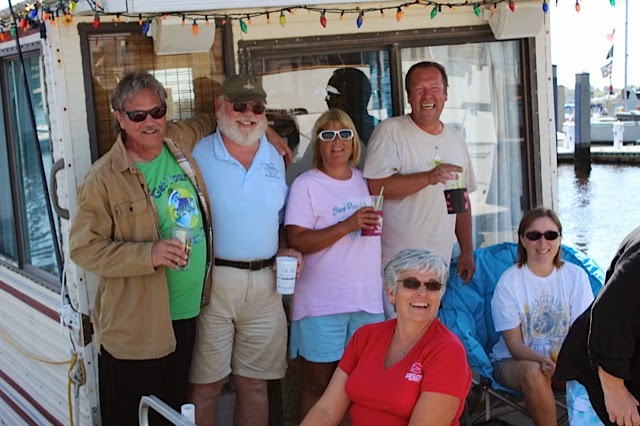 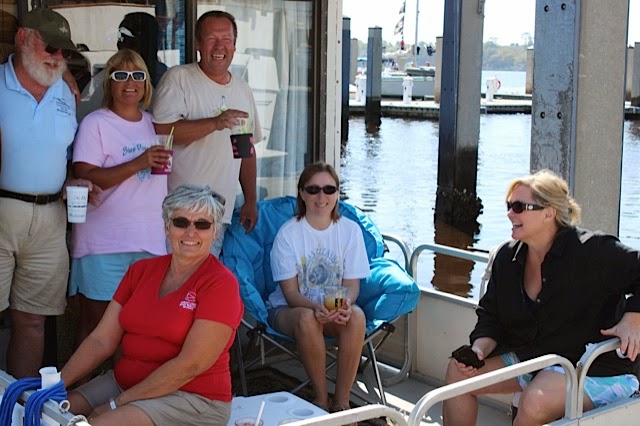 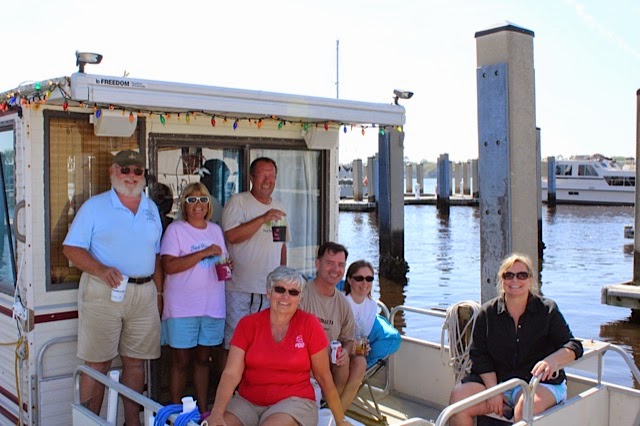 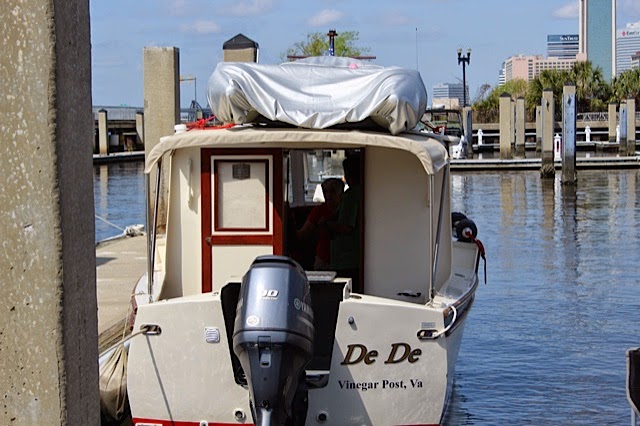 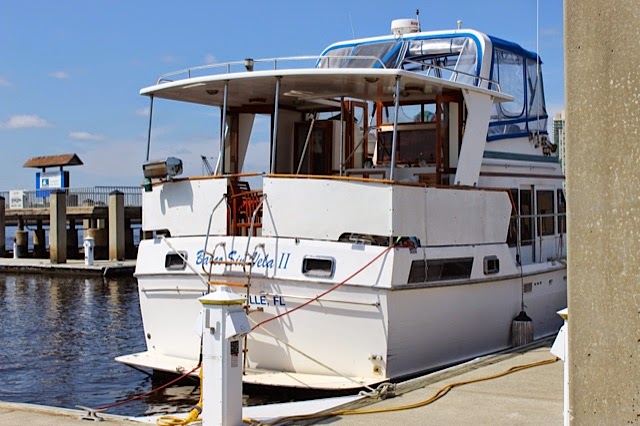 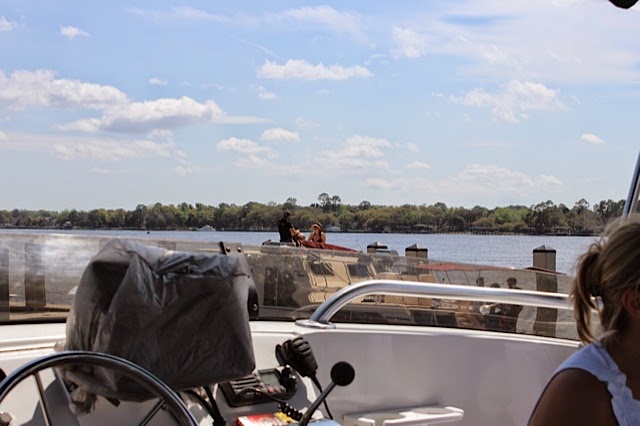 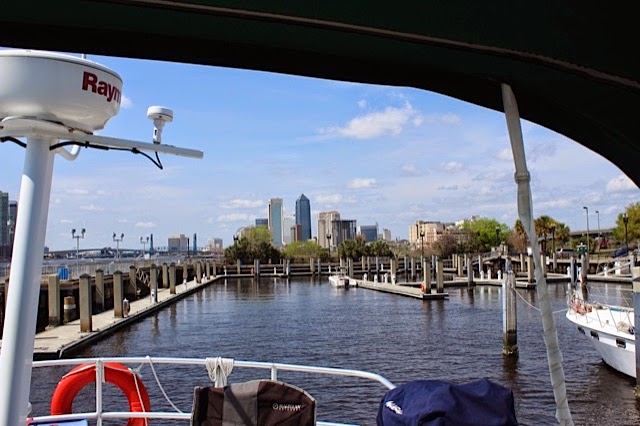 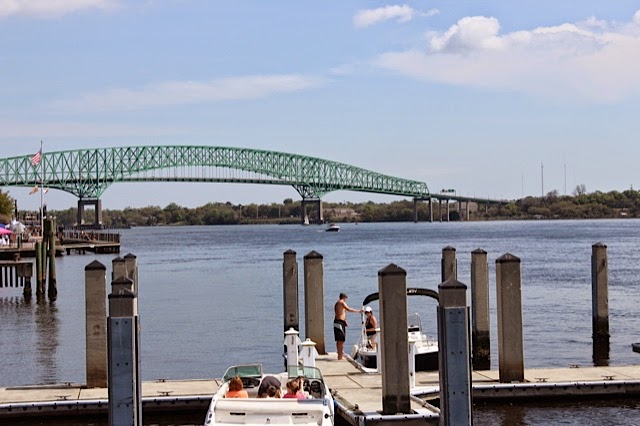 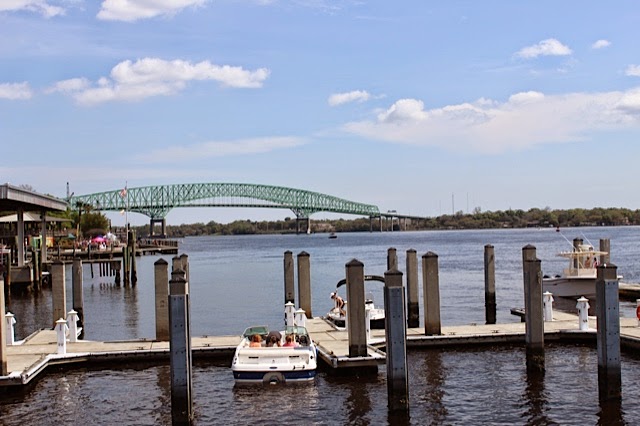 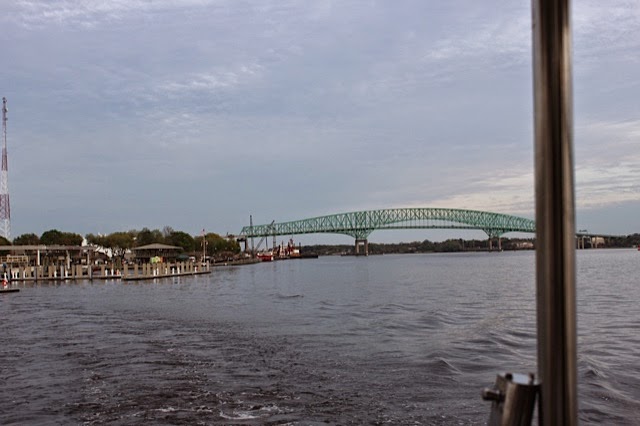 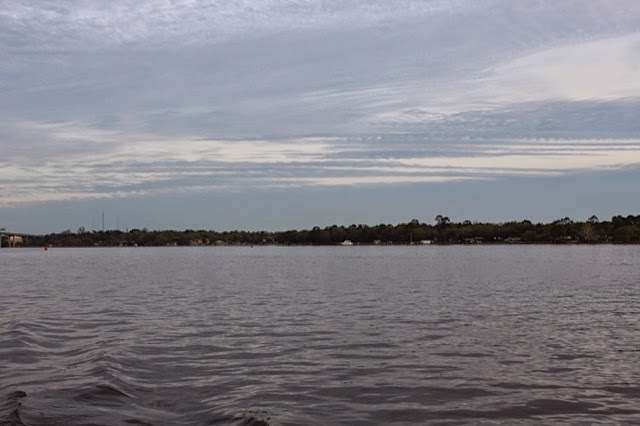 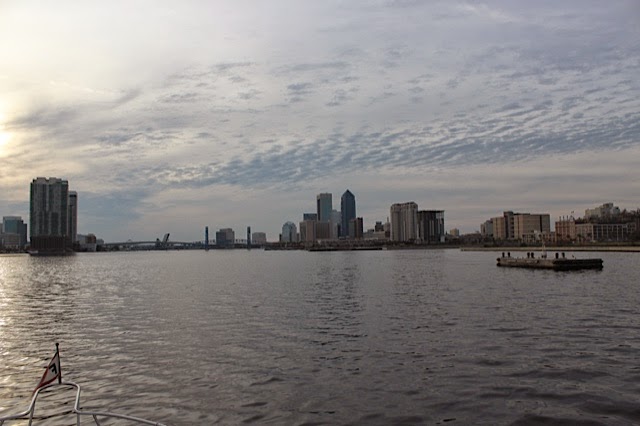 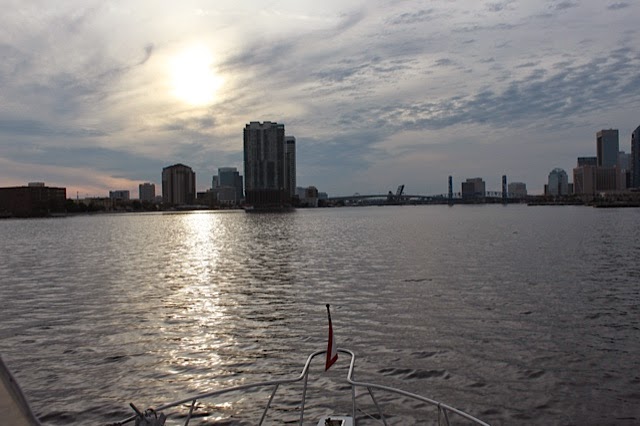 After completing a two hour nap, the decision was made to get underway in the daylight rather than wait to leave at 0600, tomorrow. It was a quick trip through downtown and we arrived at home base before the sun had completely set.

Big thanks to Dale and Nancy, for getting the party going at the crack of nine. Henry and DeDe for keeping us balanced as we solved the world problems while drinking potent potables and finally, to Peter and France for bringing a European flavor to our fun dock party.