First off, this is what happens around the house on sunny days. Them get involved in whatever I happen to be doing, like chartwork. 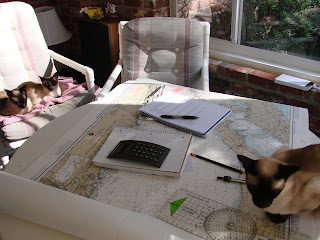 Good thing they don't get to go on trips. I know at least one of the cats will decide to visit other boats. And all boats travel with dogs.

We were underway at a rather reasonable 0805, Friday morning. I had loaded all the goodies up the day before so it was not the usual goat rope event when we arrived and untied from the dock.

Too bad it was very windy (Gusts to 25 from the Southwest!) and sort of bumpy on the river, but what the heck. We were boating on a Friday morning heading for Black Creek and the Ira Farm for Frostbite Cruise 2012, the forty-first annual cruise to said farm by the Florida Yacht Club. The Club loves the old traditions and there is always a big turnout for this event.

By the way, we have mentioned Stewart Ira before. This is our second trip to the Ira Farm but we actually met Stewart and his Wife at a Six Mile Creek Raft up when he pulled up behind us with his 1950 Huckins Fairform Flyer called "Four Ladies". 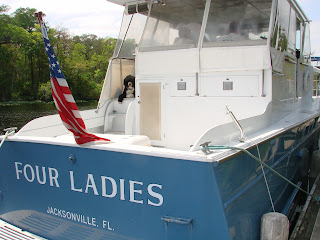 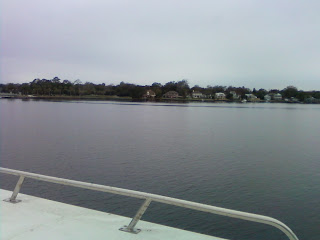 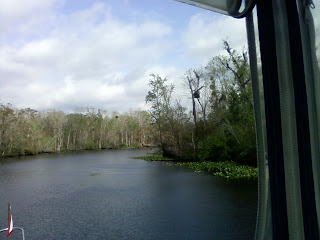 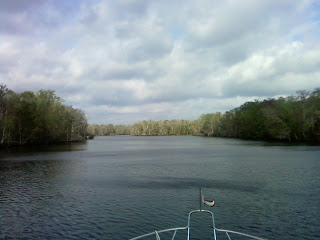 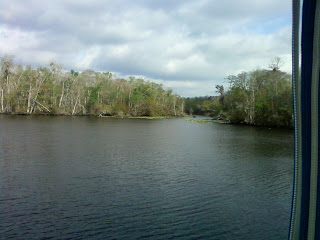 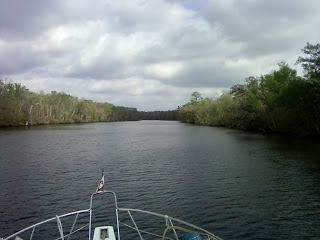 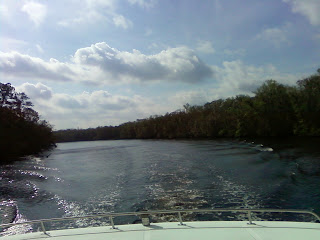 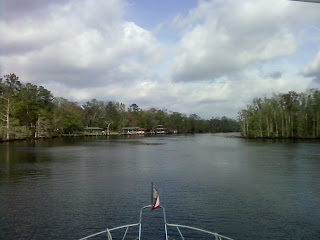 A person can sit aboard and drink only so much beer and wine. The Barco Crew took a hike around the old property and visited an abandoned graveyard in the woods.

It seems this property hasn't been woods for very long, it was a working farm since at least before the Civil War. One of the headstones indicated a birth in 1821 and death in 1884. The next stone was for a person born around the same time and who had passed in 1905. The stones were very weathered and in bad shape. The best viewable marker was for a baby who had passed in 1917. It was nice to be able to think about the family who had lived, worked and passed on the same property. I asked the current owner, Stewart Ira if he had known any of the people who were resting in the old cemetery and he talked at length how his father had purchased the farm without knowing there was a family burial plot! He said the cemetery was not listed in the County Maps and that the descendants had been quite the pain because they wanted constant access to visit the graves and such. Apparently it took a few years to get the mapping corrected and titles to all the land squared away.

What an interesting story. To think this elderly man had been a young boy running around the property that actually had burial plots. Think about the ghost stories he probably told his teenaged girlfriends on dark nights around the fire... 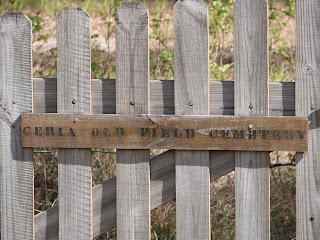 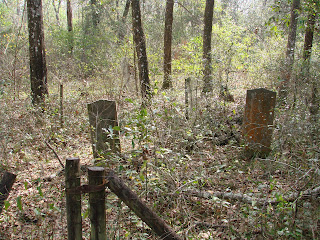 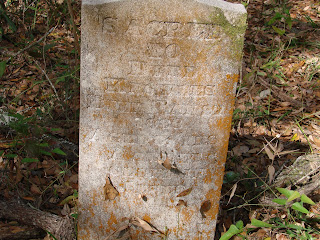 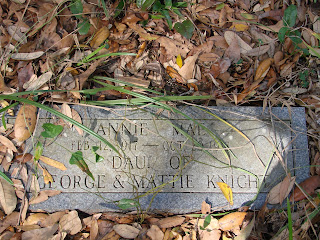 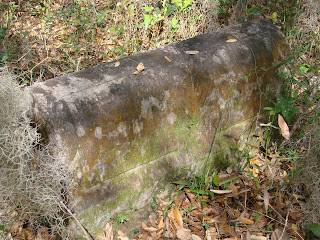 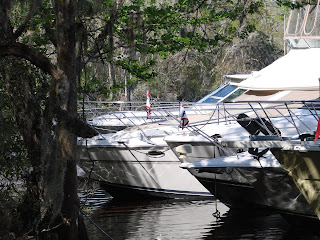 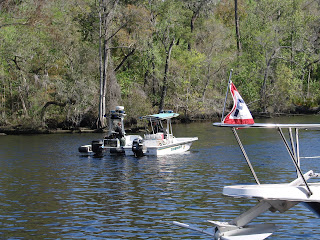 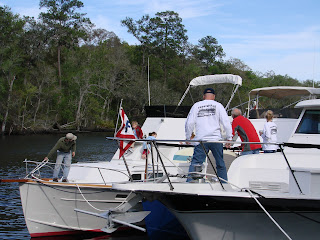 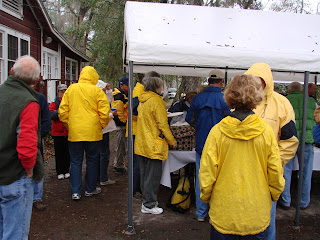 After a couple hours around the tents, we broke up the raft and the boats went home. We were last off the dock and got underway around noon. It was a gray day but good and calm out on the river. We looked forward to just getting home. 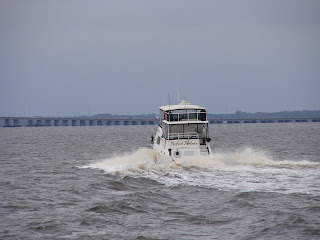 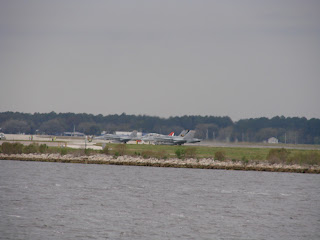 As we approached NAS Jacksonville, we saw it was business as usual. F-18's and P-3's were doing the aviation thing as we passed by. 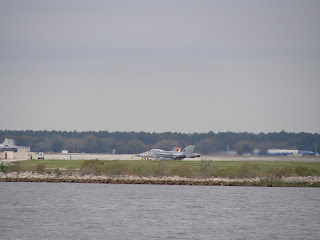 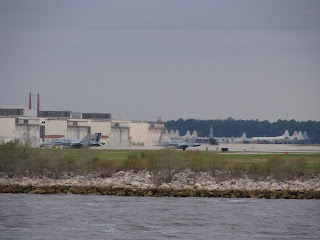 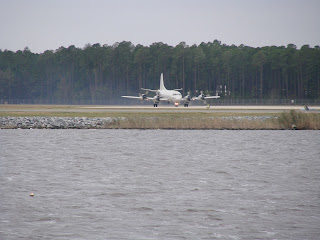 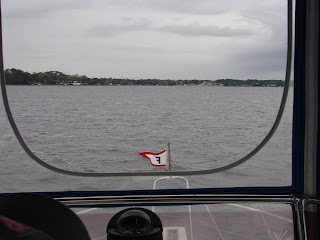 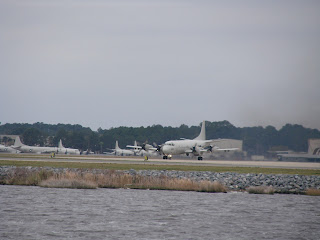 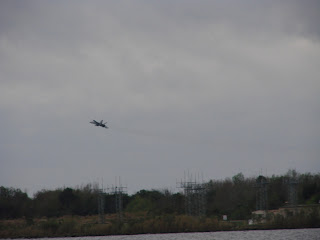 So ends our weekend on Black Creek, at the 41st Annual Frostbite Cruise. I see no reason why we won't make it again and again.