Sort of a public service from the Barco Sin Vela 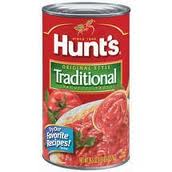 Tonight, we are cooking that ol' mainstay; Spaghetti and Italian Sausage.

But instead of doing it the normal way, I cheated and used a can of Hunt's Spaghetti Sauce from our hurricane locker. For drill.

Here is what I did: Read. The. Back. Of. The. Can. There is an eight digit number.


I normally don't think of some charities as being "cool", but here is a link to a good one:

The sauce was very inexpensive (70 cents at the Commissary!) and I
entered the eight digit code on back at the website. Conagra Foods gave a dollar to the Foodbank here in Jacksonville. I have at least 20 other cans... Go forth and do something nice, at no charge to yourself!

I think I shall go to the Commissary tomorrow, and buy a hundred cans, send in the code and then donate the sauce to a Church (And get a receipt!!!)

I love living in America!

Well, the dinner came out pretty good.  Just about as nice if I had created a sauce on my own.
"But canned pasta sauce isn't as good as scratch made sauce", you might say.

Back when we were sailing on a rocking boat, we relied on the canned version of pasta sauce to help with the care and feeding of the crew. We would boil the pasta in a pot and when it was finished, we would drain the water into the sink. Then we opened a can of sauce and just poured it straight into the pot of pasta, letting the residual heat warm the sauce. The pasta was then dished into bowls. This kept dirty pots to a minimum and expedited the eating process. We never had meat to go with the sauce unless it was already in the can. We tend to be more vegetarian on the sea, it's better that way!

For today's fare, we did it different: 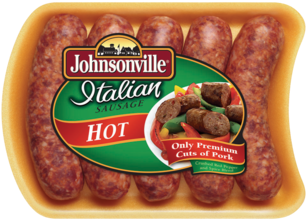 Placed the chunks into a full sized sauce pan, I browned the pieces until well done, with a bit of slightly charred edges.

Poured one can of the Traditional Hunt's Sauce into the same pan. I turned the heat down to "2" and stirred the sauce, allowing it to deglaze the pan.

Add 1/4 teaspoon of Red Pepper Flakes. You could steal a packet from a pizza shop, but I had a container. Stir well.

Turn the heat down to "1", just above "Lo". Cover and heat for twenty minutes to get the flavors merged in the sauce.

I cut a half loaf of Sour Dough Bread into thick slices, spread butter on one side. Place buttered Sour Dough bread (I wish we had some Colombo Bread from San Francisco!) onto a pan, sprinkle each slice liberally with coarse garlic powder. Stand By to Stand By for the next step...

I heat a dutch oven filled with water and two tablespoons of Olive Oil to boil. Once it is boiling pour a box of Rigatoni (Mueller's is 90 cents at the Commissary!) and set timer to twelve minutes.

Place pan of prepared bread into the broiler, about two inches from the heat. Rotate pan until the bread slices are uniformly toasted. Turn off broiler and place bread pan onto bottom rack to stay heated.

Note: Normally, the Fire Detector will let me know when the garlic bread is done.

Upon reaching the twelve minutes of boiling, the pasta is done. Turn off stove and pour pasta carefully into colander.

We usually serve the dinner with a fine Candoni Chianti, especially since I have a crush on Caterina Candoni, but I digress. Tonight, She Who Will Be Obeyed had Cavit Pinot Grigio as her beverage. I had water. (No alcohol for me until the weekend, no reason!)

The sauce was a little spicy, but that is how we like it!

Carry on with the rest of your evening...
Posted by Barco Sin Vela II at 4:03 PM

I can't remember the last time I made my own sauce... it's been that long. I favor Newman's Own Tomato and Basil mix, which I modify with browned onions and garlic, and then I almost always brown a pound of ground beef before mixing it all up.

Where we part company is in the use of garlic... no powder for me... I always use fresh for everything. My garlic press gets a LOT o' use.

About the garlic, understood. I was hurrying the deal along. But I use the powder on garlic bread so I can minimize and control the amount.