I hope everyone had a fine weekend. To be in Jacksonville, on a fine April weekend; Brilliant!

But the Barco had a decidedly bias for leaning to the starboard. Especially when I would walk over to where the Spousal Unit was reclining. Then we really had a lean.

Look, I understand that my personal tonnage will cause many boats to dip from side to side, but this was practically uncomfortable.

On to the Launch Checklist.

I climbed up on the sunroof to figure out how to remove our inflatable dingy, and lo and behold; Six inches of water had been deposited by rains!

When I reported same to SWWBO, we had a big laugh. So I moved the furniture inboard and dumped the water out. You should have seen the waterfall. People in the parking lot saw the waterfall.

The boat raised up at least two inches!

Unfortunately for me, we keep our boat in a very small marina at a Tennis Club, which curiously has a boating problem.

Loud music and uppity hoi-polloi packed the parking lot and made it difficult to move around, much less park the car. Almost wrecked my Friday evening.

Saturday was worse, but the sunshine and warm breezes (and about a bakers dozen of barley pops) improved my demeanor and a carefree laissez-faire 'tude towards completing my assigned tasks.

So I took the dingy off of the boat and inspected it for suitability. I discover that the motor mount is gone. Good thing I have another inflatable at home. Drive home and pick up checklist items. Bring other dingy back to Barco and fill with air. First time in five years, but it has been stored in a garage so there should be no problems, right?

Only it doesn't hold air for more than an hour. Like the title says, it's always something. I will have to find the holes and patch them. Pain!

I will begin my vacation on Wednesday, in honor of the search and patch mission which will take all day. There are new dingy's at West Marine, but that would mean spending about 700 bucks. Not a problem dollar wise, but I haven't needed to use a dingy since the Caribbean trip and I'm really a cheap skate and don't want to have two dingy's sitting at home clogging up space. Plus, if I buy a dingy, I will want some expensive Rigid Hull Inflatable (R.I.B.) with a fifteen horse engine, so I can feel the wind in my hair as we move at the speed of heat! 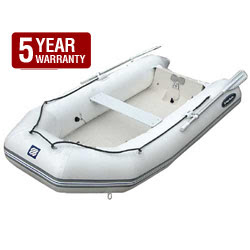 Cheap at twice the price!

See? It really is always something.

My problems are not problems at all, and I am the luckiest person in the world if these are my problems, right?

Voice from my inner One MC:
Bosun whistle attention tone: "Now Muster the rubber dingy patching team, on the Quarterdeck!"

Yowza! For that price you can buy a sweet lil hardly-used 650 v-twin with seven times the horsepower and REALLY feel the wind in your hair! (or your face, if you've got good sense and wear a helmet). Add in the price of the dingy and that's about what I paid for my SV-650S... new.

I suppose this is one of the reasons I never took up boating. ;-)

Most Marine things are a total ripoff.

I will be patching rubber.

RV stuff does not have quite the premium as marine, but with all of my "hobbies" (rv, photography, electronics) - there is always some new whizz-bang thing that would be cool to have...never ending fun!