Middle of the week rants

Day after tomorrow, will be Friday.

Is this beginning to be a running theme? Always looking forward to the fun part of existence, rushing through the unpleasant part.

I have to remember that there are many who will never have fun. Like prisoners. When life closes in, a person begins to shrink their idea of pleasantries. A pizza can become the same as Presidential Dinner, to some folks out there.

It can be as simple as a warm place to shower or defecate. Or as grand as living in a marble palace with gold fittings.

Being pain free can become a fantasy lifestyle.

But even the "Donald" loses all of it about every eleven years. He probably likes the challenge of getting it all back.

I knew a fellow, thirty years ago, who came from a small town thirty miles from me. His birthday was on the third, while mine was the eleventh, same year. We enlisted in the Marines to get away from being seventeen in our home situations. There we were, seventeen, and going through the medical, re-swear in and off to the airport for our first airplane trip.

"San Diego Marines, over here!" (Pointing at a spot on the concrete, to wait for a bus)

Wayne asked me how to stand, since I was already at "parade rest". Which is neither Parade nor Rest. He mimicked my stance, while we silently shook from nerves, waiting for the ride to MCRD San Diego, 92140.

We processed through and became members of Platoon 3001, (First Platoon of the New Year!), Third Battalion, RTR. Joy! We got to wear blue t-shirts. As time went slowly by, we became very close, as most recruits in a stressful environment will.

Graduation came, and off we went to our futures. I reconnected with Wayne in Memphis, while he went to Avionics school and I went to Basic Electronics and Electricity. We lost touch in August of 1979 and I never heard of him again.

Today, I whine if I have a rainy day, or if I have to sit next to a bunch of well behaved children at dinner.

The State of California say, "Deservedly so".

Our bodies change every seven years with cell renewal, so each one of us is different from seven years ago. Or twenty one or thirty. I have no idea of who W. A. Ford became, only the pictures and memories which fade through passing time.

I need to mellow out and enjoy what I do have!

Today will be a trip to the dreaded Commissary. I have a list begun and fine foods from across our great nation will find their way into our overloaded basket. I imagine a prime rib roast, Hyacinth cat food, dry cat food for Them, and Bubba Burgers.

I don't like paying more for hamburger, but I hate getting greasy hands even more.

Better I re-review the paragraphs, above.

There will be a surprise appliance for Barco-- a Waffle Iron. She Who will be Obeyed will enjoy this, but is not aware of my cunning plan. Remember, this is always about me. Pancakes are messy, too.

I'm not having a bad time of it all, but Saturday-- There can be waffles... 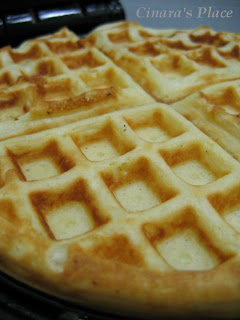 OMFG, as they say on the gaming forums. Mind if I link this story?

Ahh heck with it. Go ahead. Let's see what kind of storm will blow.

Wow... I read the Wayne link. I'm bettin' THAT shocked the livin' Hell out of you when you found out.

re: commissary runs. Always pleasant at Cannon due to lack of crowds (I usually walk right up to the check-out line -- no waiting) and the very kind and cheery employees. T'wasn't always so and I used to dread going, myself. Not any longer!

It sounds extremely "new age-y" but learning to love NOW and the Zen "when you are chopping wood, chop wood" philosophy changed my life and my sense of contentment for the better.

On the "Wayne" front, OMG... not nearly as sinister, but 3 weeks ago I discovered that a man that had worked for me for 3 years, lived for a time on my property and whom I loved as a brother, shot his girlfriend during an argument - a girlfriend I knew, who worked with him, who had been at my home with her children who called him "Dad". Much more to the story, but the point - it is an extremely unnerving kind of news.

Oh, kudos on the waffles!