"The Drawn Cutlass", one of my regular two readers, posted an interesting link about military retiree's being realistic about retirement. Then he comments on how he shouldn't have gotten out after four years.

April 5th 1979 My first morning out of Recruit Training.

I left Active Duty twice, once in 1979 when I was released from the Marines to the Marine Reserve at 23rd Marines at Navy/Marine Corps reserve Center in Alameda. I joined the Navy soon afterwards, to try out the easier branch.

We used to run by the Navy singing, "GI Beans, GI Gravy, Gee I wish I joined the Navy.."

Oh, yeah! Sign me up for the cushy duty!

It was. So I stayed for nine years and was in two squadrons, did a year in a intermediate maintenance activity, two in recruiting and a year of various schools. 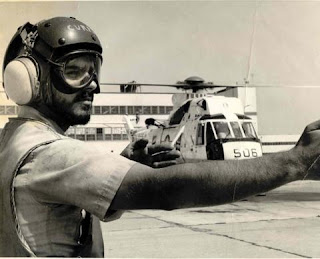 Many bridges were burned as I tried to piss everyone off who I worked for. Just didn't care for authority.

So I left active duty for good in December of 1988, and began my short career as a junior college student. That's where I learned about real poverty. I was essentially homeless, but I was lucky enough to have a living room floor to crash on. I also mooched a couple of months at a buddy's apartment. Kept a 3.4 average while wondering what the next couple years were going to be like, since I wasn't sure of where I would be..

I did what any arrested development kid would do; I ran away and joined the Navy! The Navy gave me 15K just to come back. Bucks, beer conversion units, ducats, filthy lucre. This after having to go dollar to dollar, never knowing if I would have enough to get by. 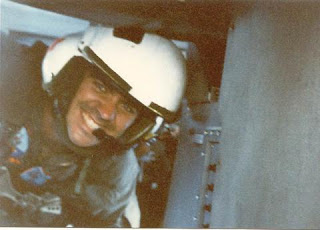 Plus, I knew that I would be in for the duration, get a pension so that the next time I was broke with no future, there would be a small check coming in on the first of every month. Enough to pay rent in a flophouse and enough left over to enjoy a couple of 40's and some Mad Dog 20/20.

This blog is really an accounting of that final ten years. I keep it sanitized so the real stress and tribulations of a regularly deploying Sailor (and I had it good, compared with our good Service Members are going through today) does not come through, and most people wouldn't believe me on the tough times, anyway. Mostly, we retiree's remember the good times. There were plenty!

My two readers should also know that I am very grateful for the opportunity I have had to serve in my capacity as a small time player in a big fleet. The check that I receive monthly is for all the nights I buffed floors, spent sleepless nights flying or on watch, and having to be in some nasty/wonderful places, far away from my loved ones.

Bob will remember the passage way on the helo deck, by the ladder, that led to radio, onboard Deyo. I had to keep that one swept, swabbed and waxed. Even though it was the most traveled p-way, and I was a E-6 who should have been too senior for that work. But it was my job and responsibility, and the ship made sure I did it. For two years.

Thanks, tax payers!
Posted by Barco Sin Vela II at 8:02 AM

Enough to pay rent in a flophouse and enough left over to enjoy a couple of 40's and some Mad Dog 20/20.

Yup... that's about it, too. I think it's a sad state of affairs that my Social Security check is (slightly) bigger than the USAF retirement check, especially considering I "went early (62 years of age)" on the SS. But then again, if it was the money I was concerned with, I'd have done what the Ol' Man did before me and the boys did after: crossed over to the Dark Side. One can almost live on what a retired O-5 or O-6 makes. Not so for us sar-jints.

Thanks for the link! Here's a tip: when referring to a post on another blog, you can link directly to it by finding a permalink symbol, a date/time stamp, or even the title. Copy/paste the resulting URL in your own post, and when a reader clicks the link, they will be taken directly to that post and not have to scroll.

The blog is looking better and better each day!